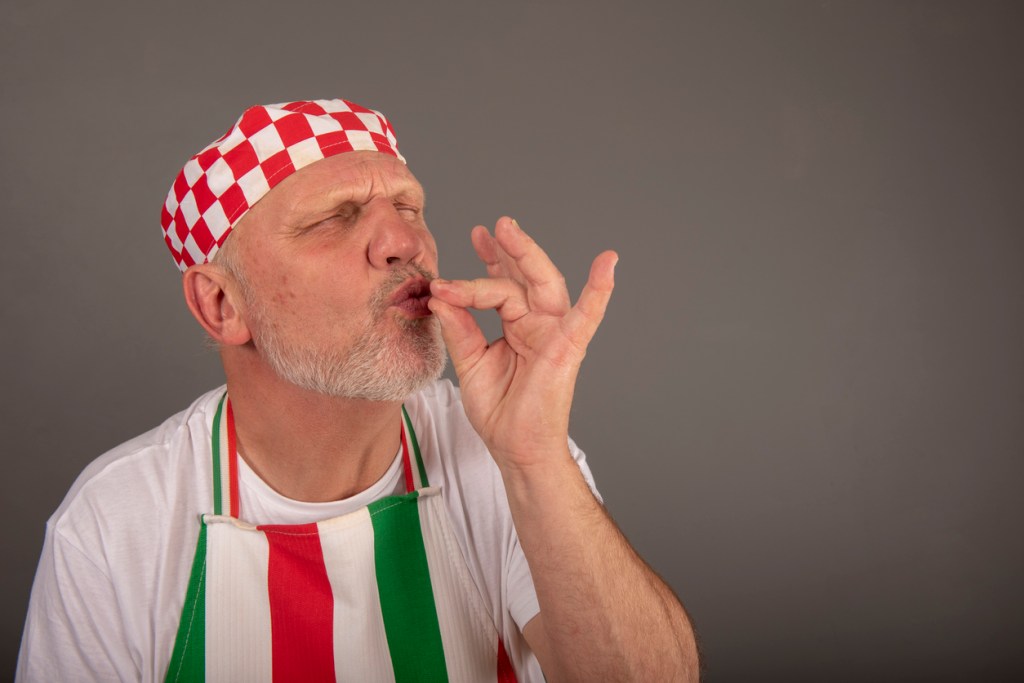 This is the most Italian story I’ve come across in years. On a scale of 1-to-10 this is quindici. A group of Italian tourists from Spoleto, Umbria was vacationing in Porto Recanati in the Marche region when they lost their minds over the Spaghetti Alle Vongole.

Italians take their food as seriously as any culture on the planet but the same can be said for hospitality so this is kind of confounding. According to Newsweek, the group first expressed disgust at the use of rosemary. Then claimed the sauce was so off they didn’t want to pay the bill. Then things escalated even further…

“They got up and then headed for the kitchen,” he said, “they wanted to attack the cook but, luckily, me and two others defended the back door and didn’t let them in.” He said that when he called the police, the carabinieri, they were busy with patrolling the local markets, so officers had to come from neighboring Civitanova Marche to intervene.

It’s kind of hilarious that the local police didn’t even show up when they were called. Did they really have anything better to do? Rr were they out somewhere eating spaghetti themselves at that moment?

The local PD did eventually show up after things had been resolved by the neighboring town’s police. The bill was paid. The angry tourists moved along. And now I’ll go forth into life imagining every Italian taking Spaghetti Alle Vongole so seriously they’re willing to fight complete strangers if the sauce is off.

When reached for comment about this, our resident Italian expert Eric Italiano had this to say: “The most Italian aspect of this story is actually that the police were too slow to arrive in time.”

Entering the kitchen at a restaurant as a customer is kind of a sacred privilege. The only people who should ever be entering a kitchen are employees/restaurant owners and customers who have been invited specifically by the chef.

Any irate customer who storms a kitchen puts everyone at risk and I’m not advocating for violence but the kitchen staff is working with dangerous utensils and scalding hot ingredients. They need to protect themselves.