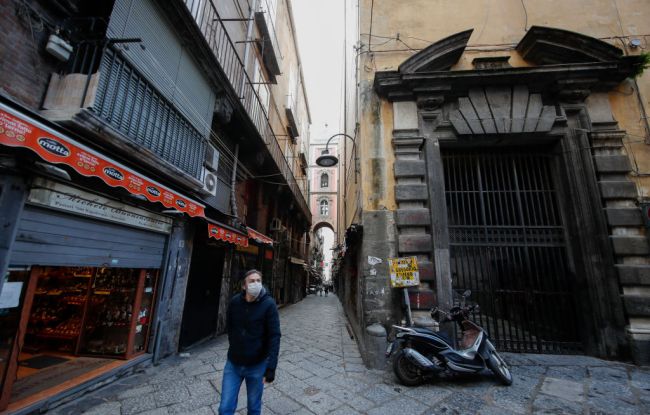 A 48-year-old Italian man was angry and chose to go on a walk. However, where the walking led him is likely further than you imagined. The man, who has not been named, got into an argument with his wife amidst the COVID-19-restricted timeframe we live in and couldn’t stand to be in the home with her any longer. To clear his head, he ventured out.

The walk began from Como in the north of Italy and came to a conclusion seven days later and 280 miles south in the city of Fano. 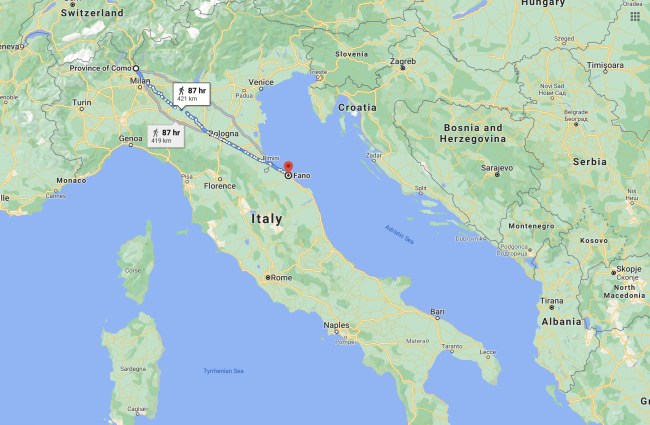 Local police discovered the man at 2:00 a.m. while conducting a standard search for people in violation of the country’s 10:00 p.m. to 5:00 a.m. curfew and brought him into the station. He did not resist and complied to their requests. Upon arrival, after running his information through the system, the officers discovered that his wife had reported the man missing almost seven days prior. The report mentioned that he left the house on foot after the aforementioned confrontation and did not return.

Doing the math, the husband’s frustration led him to walk nearly 40 miles a day for seven straight days. He did not clarify whether he stopped to sleep, eat or drink, but said that people he met along the way offered him food and beverage.

Unfortunately, because he was out during Italy’s mandated curfew hours, he received a £365 fine, which comes out to about $489 U.S. dollars. They put him up in a hotel and he has since returned home to his wife, but one has to wonder what the argument was about and whether it was resolved by the seven-day sabbatical.