‘Jackass’ Is Officially Coming Back As A TV Show 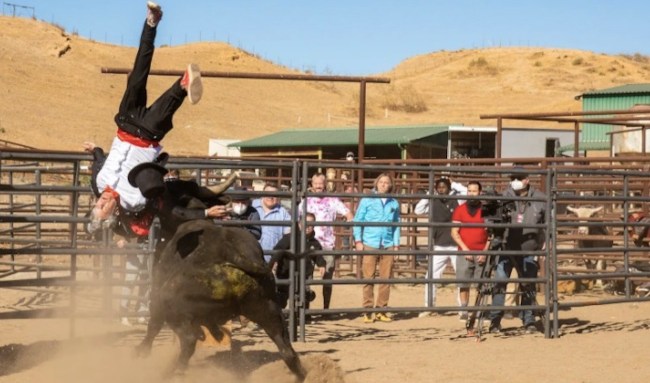 After a decade off, the beloved Jackass franchise returned earlier this year with Jackass Forever, a film that served as both a send-off to the O.G. generation and an introduction to a new one.

According to reports, Paramount is putting a new Jackass series in development with the intention of airing it on Paramount+.

Paramount to reboot Jackass as a series for Paramount+

“Based off the success of Jackass Forever, we’re working with the creators to continue the partnership with a new series, bringing even more ridiculous antics straight to Paramount+,” Paramount Global CEO Bob Bakish said Tuesday during the company’s Q1 earnings call Tuesday.

Jackass Forever, the fourth film in the long-running franchise, debuted at the top of domestic box office in February with a better-than-expected $23.5 million. [via Variety]

While Paramount CEO Bob Bakish did not indicate which members would be returning for the series, odds are that the new iteration of Jackass focuses on the younger pranksters who were introduced in the most recent film: Sean “Poopies” McInerney, Zach Holmes, Jasper Dolphin, Rachel Wolfson, and Eric Manaka.

The original, short-lived Jackass series aired on MTV between October 2000 and August 2001. Given the dangerous nature of the stunts and the need for more leeway and better insurance, the franchise was ultimately transitioned to the silver screen, with Jackass: The Movie hitting theaters in 2002. That film was then followed by Jackass Number Two in 2006, and Jackass 3D in 2010.

The franchise has also been spun off into TV shows such as Wildboyz and Viva La Bam, and film series such as Bad Grandpa.

RELATED: We Threw A Watch Party For ‘jackass forever’ – Here Are Our Favorite Moments