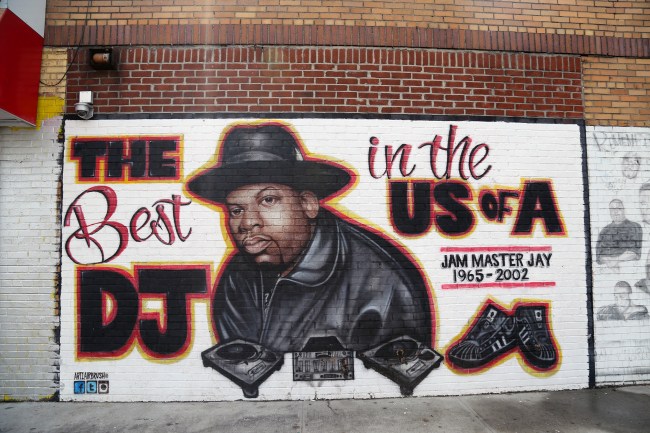 On Monday afternoon, two suspects were arrested and indicted for the 2002 murder of the highly influential Run-DMC DJ Jam Master Jay. According to law enforcement, Karl Jordan Jr. and alleged accomplice Ronald Washington are accused of murdering Jay due to a dispute in their drug trafficking business relationship.

The indictment alleges that Jam Master Jay was involved in transporting kilogram-quantities of cocaine between 1996 and 2002 alongside his music career.

Washington and Jordan then conspired to kill him, the indictment states. On October 30, they entered Jam Master Jay’s recording studio with firearms, and Jordan fatally shot Mizell in the head and shot another man in the leg, according to the indictment.

Jordan and Washington are each charged with murder while engaged in narcotics trafficking and firearm-related murder.

After the suspects were named, people found Karl Jordan’s Instagram page which features several tribute posts to Jam Master Jay like this one.

“Happy Birthday OG. So many Stories so many Memories I remembered when we was in the Land crusier Coming from McDonald’s and you was playing killing me softly Lauren Hill Joint If we knew the words We got 50 dollars we all knew the words You gave all of us 50 dollars each. love you And miss you We gotta protect the Good n***** ! RiPJMJ.”

Prosecutors believe have enough evidence to prosecute the two men for murdering Jay in “cold blood”.

“They walked in and murdered him in cold blood This is a case about a murder that for nearly two decades had gone unanswered,” Acting U.S. Attorney Seth DuCharme said at a news conference announcing the charges. “Today, we begin to answer that question of who killed Jason Mizell, and why, and we’re confident that we can prove those charges beyond a reasonable doubt.”