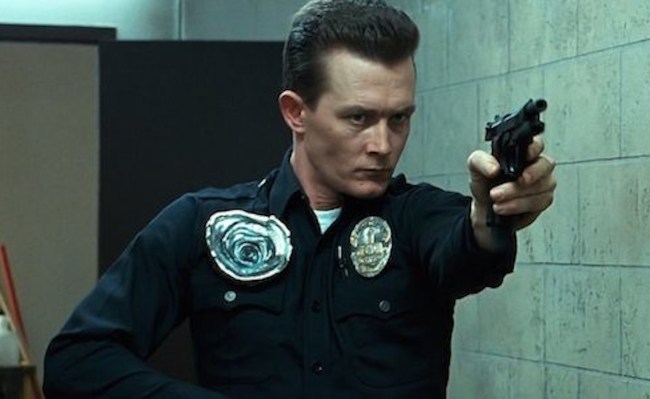 For my money’s worth, this has been the worst week of my life in relation to American society. It’s between this and 9/11, straight up — this place is a mess right now. People across the world — from Toronto to London, from Berlin to New Zealand — are protesting the United States of America. And rightfully so.

How have I dealt with this? Oh, you didn’t ask? Well, I’m telling you anyway, because guess what — I didn’t sign up for a therapist before the world started falling apart and now they’re all booked up, so the burden of listening falls on you. Personally, I’ve been doing what I’ve always done to cope with our reality: watching movies.

As I wrote in my V For Vendetta article yesterday, something about seeing how characters react to situations that reflect our own brings me comfort. That said, though, James Cameron’s explanation of why he chose a police officer for the villain of Terminator 2: Judgement Day absolutely 100% DOES NOT fall under the category of comforting. Good lord.

“The Terminator films are not really about the human race getting killed off by future machines. They’re about us losing touch with our own humanity and becoming machines, which allows us to kill and brutalize each other. Cops think of all noncops as less than they are — stupid, weak, and evil. They dehumanize the people they are sworn to protect and desensitize themselves in order to do that job.” [via The Futurist: The Life and Films of James Cameron]

'Cops think of all non-cops as less than they are, stupid, weak and evil. They dehumanize the people they are sworn to protect and desensitize themselves in order to do that job' pic.twitter.com/RlZh23daTC

Damn, you know, it’s almost as if this cop thing has been a problem for decades upon decades…

RELATED: ‘V For Vendetta’ In The Year 2020: A Thoroughly Chilling Watch In Retrospect