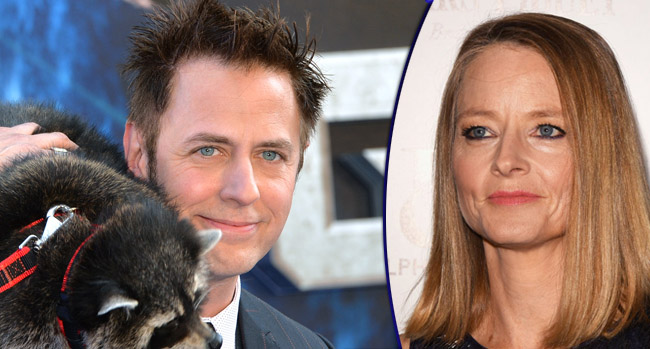 Look, I get it. There are a LOT of superhero movies. And there are a LOT more coming. I understand the fatigue some people feel with the whole comic book blockbuster thing. However, comparing it to fracking and “ruining the viewing habits” of the world as legendary actress and director Jodie Foster did recently? That might be a bit strong.

Foster, who recently directed an episode of Black Mirror, had this to say to Radio Times (via Deadline) in a recent interview…

“Going to the movies has become like a theme park,” the two-time Oscar winner says of the current state of affairs. “Studios making bad content in order to appeal to the masses and shareholders is like fracking — you get the best return right now but you wreck the earth.”

“It’s ruining the viewing habits of the American population and then ultimately the rest of the world. I don’t want to make $200 million movies about superheroes.” Sometimes she even finds herself questioning her career choices and asking herself, “Why didn’t I go into law school? Why didn’t I pursue the path of academia?”

For what we pay to see movies in a theater these days, going to the movies had better be like going to a GD theme park.

One movie-maker who disagrees with Foster’s hot take is Guardians of the Galaxy director James Gunn, who had a great response to Foster’s comments.

1. I think Foster looks at film in an old-fashioned way where spectacle film can’t be thought-provoking. It’s often true but not always. Her belief system is pretty common and isn’t totally without basis. https://t.co/IgthsjsSYm

2. I say not without basis because most studio franchise films are somewhat soulless – and that is a real danger to the future of movies. But there are also quite a few exceptions.

3. For cinema to survive I believe spectacle films NEED to have a vision and heart they traditionally haven’t. And some of us are doing our best to move in that direction. Creating spectacle films that are innovative, humane, and thoughtful is what excites me about this job.

4. But, to be fair, at least from Foster’s quotes, she seems to see filmmaking as something that’s primarily about her own personal growth.

5. For me, that may be part of why I do this, but spending many millions of dollars on a film has to be about more than that – it’s communication – so my experience is merely one spoke on that wheel.

6. But I respect Foster and her talent and what she’s done for films and I appreciate her different way of looking at Hollywood’s landscape.

Rob Liefeld, the creator of Deadpool, and artist or writer for numerous other comics featuring the X-Men, New Mutants, and Deathstroke, also sided with Gunn on this issue.

I respect Jodie Foster’s right to express her views on comic book films but I completely disagree with her on it. Polite discourse in action.

“Studios making bad content in order to appeal to the masses and shareholders is like fracking — you get the best return right now but you wreck the earth.”
—Jodie Fosterhttps://t.co/Y9tFXWSBaI via @indiewire

I guess we will all just agree to disagree on the matter.

So… when does Avengers: Infinity War come out again?