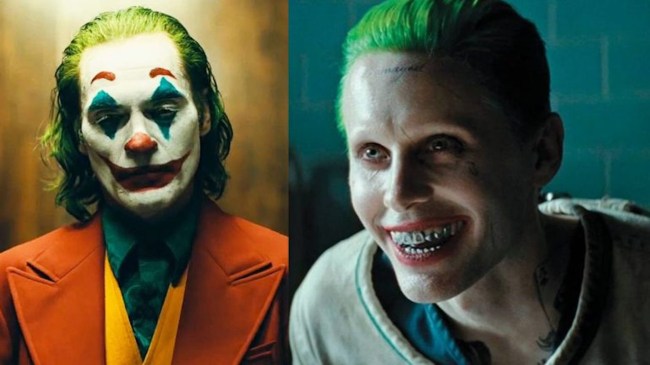 It’s not exactly a secret that Hollywood has a bit of a hard-on for gritty reboots and we were treated to our most recent in a very long line of them a few weeks ago when Joker was finally unleashed upon the world.

I wouldn’t necessarily go as far as to say the movie found itself shrouded in controversy but it’s safe to say there was a fair amount of criticism concerning its portrayal of violence and some fear it could inspire some viewers to follow in the footsteps of the film’s antihero.

While there were a few isolated incidents that derailed viewings across the country, people still flocked to see Joaquin Phoenix’s interpretation of the legendary villain and Joker is currently on pace to become the highest-grossing rated-R movie in the history of cinema.

However, there’s probably one person who isn’t too thrilled about that news.

A couple of weeks ago, we learned Jared Leto wasn’t too happy to hear Warner Bros. had tapped Phoenix to step into the shoe’s of Batman’s archnemesis after deciding to part ways with the man who’d portrayed him in the universally panned Suicide Squad, in which Leto debuted his cringeworthy interpretation of the Clown Prince of Crime, who was essentially the world’s most unhinged Hot Topic customer.

So just how pissed was Leto? Well, if a recent story from The Hollywood Reporter is to be believed, he did everything in his power to stop Joker from getting put into production after catching wind of the new project:

According to sources familiar with Leto’s behavior, when the Oscar-winning actor learned of the Phillips project, he not only complained bitterly to his agents at CAA, who also represent Phillips, but asked his music manager, Irving Azoff, to call the leader of Warners parent company (it’s unclear whether it was Time Warner’s Jeff Bewkes or AT&T’s Randall Stephenson, depending on the timing).

The idea was to get Warners to kill the Phillips film.

Someone better call the whambulance to stop by Leto’s house to make sure he’s doing OK.