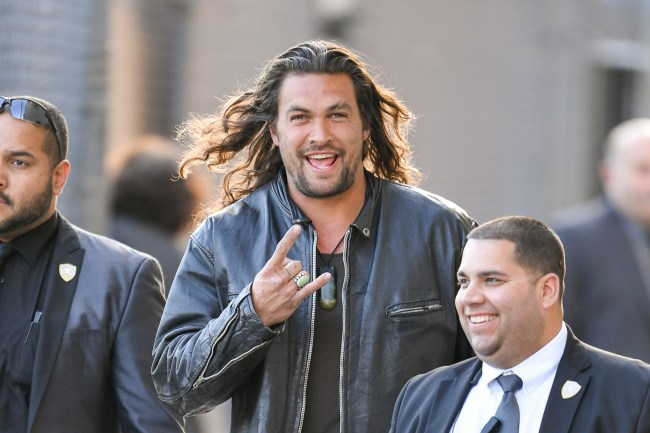 Jason Momoa ought to be sending George R.R. Martin an Edible Arrangements every holiday for the rest of his life, seeing as the novelist’s fantasy drama has catapulted his career and made him a very rich man.

The 39-year-old Hawaiian is worth an estimated $14 million, thanks in large part to his role as Khal Drogo, chieftain of a Dothraki tribe in Game Of Thrones. He also scored the role of Arthur Curry in the DC Extended Universe franchise Aquaman, which raked in close to  $1.15 billion in the global box office.

Given Momoa’s A-list status today, it’s almost impossible to think that just eight years ago when the actor was in his 30s, he was so broke he couldn’t even afford to pay attention.

Mr. Drogo recently posted an Instagram photo of himself slumming it in a van during shooting for the very first season of Game of Thrones nearly a decade ago.

So homesick. Looking through my phone I found this. Off the road some quiet parking lot in donegal. It was an amazing simple moment with my best friend @captainriff 📸 While filming GOT we had a lil break We were to broke to fly home so we rented a panel van aka UHAUL in Belfast and drove around beautiful amazing IRELAND searching for the greatest pint of Guinness. Turns out it’s perfect everywhere. So many wonderful people and stories I treasure those times It was the simplest moments I remember the most. I still miss my family. Been a long road and I feel like I’m just getting started. On the roam Needs to go home. Ps ill ask Brian for more pics he’s got the gold. Aloha j.

It has been revealed through 2018 legal documents in a court battle betwen Nikolaj Coster-Waldau (Jamie Lannister) and his former manager, Jill Littman, that Coster-Waldau would be making $1.07 million per episode “for at least 6 episodes” of the final season. This is likely in the ballpark of what Kit Harington, Emilia Clarke, Lena Headey, and Peter Dinklage pulled in as well. Momoa probably made somewhere in the ballpark of $500,000. WHAT A POOR!