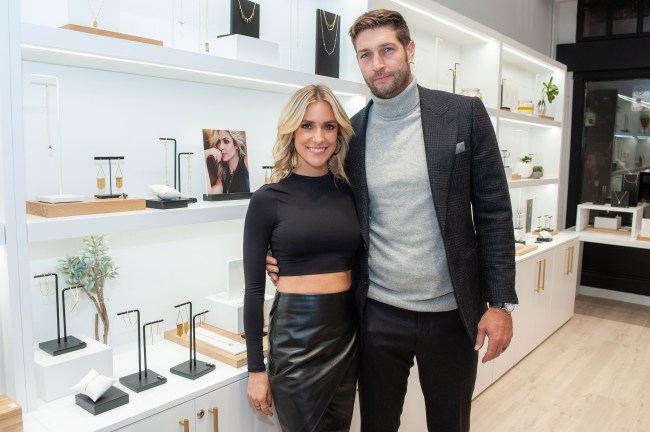 On Sunday, Kristin Cavallari posted a heartfelt Instagram post announcing she and Jay Cutler came to a “loving conclusion” to get a divorce. This lead many to believe that Jay would pick up his deer cameras, give Kristin a kiss on the cheek, and go sleep on Lovie Smith’s couch.

That has not been the case.

The very next day it was made public that Cavallari accused Cutler of ‘inappropriate marital conduct,’ while also seeking primary physical custody of their three kids, positioning for Jay to “pay child support and the kids’ health insurance while maintaining a life insurance policy where she is listed as sole beneficiary.”

On Wednesday, the pair filed new papers in their divorce, and they aren’t any more amicable.

Kristin says Jay is blocking her attempt to purchase a new home for her and their three children to live in. While Jay’s emergency filing was sealed, Kristin claims in her response that he and his lawyer refuse to allow their finance manager to release the funds needed for Kristin to buy the house.

…Jay later informed her, “his attorney was going to tell their business manager to not release the funds,” something Kristin believes he did as a way of “punishing” her. Kristin’s attorney alleges, “This is typical of Husband’s behavior towards Wife.”

Kristin alleges that Jay “attempted to intimidate” her into agreeing to a proposed parenting plan that is “unfavorable to her” by preventing the purchase.

He also told her he was not leaving their current home. This is so Jay Cutler I can almost hear him say it.

“Husband makes inappropriate statements to and about Wife and attempts to draw her into an argument in front of their minor children.”