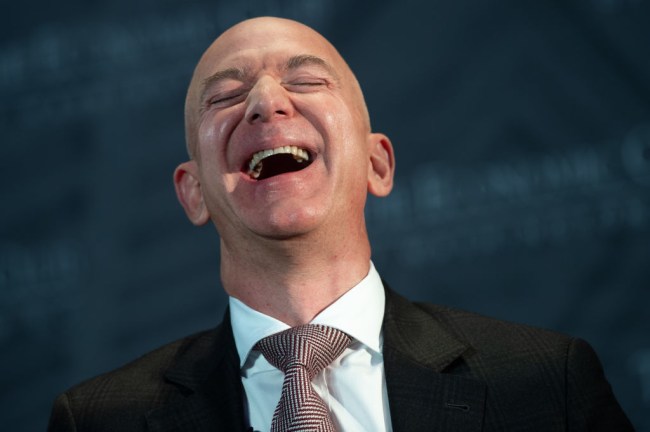 When you take a look at what Mike Judge has contributed to the world of comedy over the course of the past three decades, it’s kind of wild that he’s never really been able to garner the same amount of recognition as a sizeable number of funny people with less impressive résumés who’ve still managed to become household names.

There aren’t many people who have managed to master the art of satire better than the man behind Beavis and Butt-Head and King of the Hill, and over the past few years, he’s gotten a bit more of the appreciation he deserves (although he’s probably not thrilled about the reason behind it) as our current reality has slowly devolved to a point where the preposterous future depicted in Idiocracy seems far less far-fetched than it did when the movie was released in 2006.

As far as I’m concerned, it’s impossible to argue that Judge’s magnum opus is anything other than Office Space, which harnesses some incredible humor to distract you from its depressingly accurate depiction of what it’s like to be a cog in the machine that is corporate America.

In the movie, the main character asks a few people what they’d do with their life if they had a million dollars. His answer is simply “Nothing,” while his coworker says he’d invest it in mutual funds and securities and his next-door neighbor confidently states he’d use it to do two chicks at the same time.

Now, I’d like to pose a similar question by asking you to imagine what you’d do with $186 billion.

You can’t start putting together a spreadsheet if you want but you’d just be wasting your time because there is ultimately only one answer: you’d spend the rest of your life trying to figure out how the fuck you’re supposed to spend all of it and die before you even get close to doing so.

That’s the issue that Jeff Bezos is currently faced with, as he’s added tens of billions of dollars to his already absurd amount of wealth over the past few months and is currently on track to join the Four Comma Club by 2026 despite suffering a bit of a setback last year when his ex-wife found herself in possession of a cool $37 billion as the result of their divorce.

Plenty of people have attempted to put Bezos’ wealth in perspective with seemingly infinite charts and a truly laughable amount of rice, but if you’re looking for something a little more concrete, Business Insider has you covered.

As a result of Amazon stock rising 65% since the start of the year, the man who owns 55.5 million shares of it hasn’t only made some of his megarich colleagues look like absolute paupers but also managed to stunt on some of the most famous companies in the world by sporting a net worth higher than their market cap.

As of this writing, Bezos is currently putting McDonald’s, Nike, and 13 of the 30 companies that make up the Dow Jones to shame. I can only assume he’s celebrating this newest development by laughing maniacally while sitting in a chair made from a black rhino, a Yangtze finless porpoise, and an eastern lowland gorilla while sipping a celebratory cocktail containing a mixture of all of their blood.

Must be fucking nice.