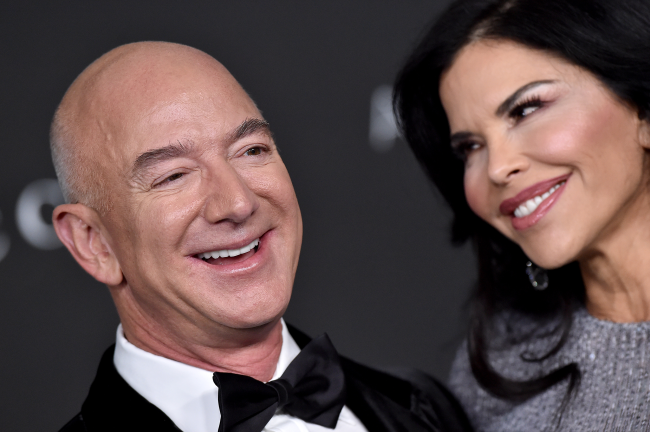 It would be in Leonardo DiCaprio’s to avoid hanging around Jeff Bezos for awhile. The 57-year-old billionaire is plotting his revenge on the seven-time Academy Award winner and appears to have a fatal result in mind.

Obviously, Bezos is joking. But is he really?

The not serious (but totally serious) vendetta against DiCaprio stems from a viral video over the weekend. In the video, Bezos and his girlfriend Lauren Sánchez are mingling amongst the stars at the LACMA Art + Film Gala in Los Angeles.

Specifically, the duo is conversing with DiCaprio, and Sánchez appears to flirt with the movie star. Meanwhile, Bezos looks incredibly defeated.

Sánchez snuggles up on DiCaprio and throws both her eyes and body in his direction. She looks ready to risk it all. (“All” being Bezos’ $203 billion net worth.)

Although it’s not exactly clear as to what was said, the body language says enough. Of course, after the internet got ahold of the video, people went crazy with the jokes— mostly at Bezos’ expense.

Well, Bezos saw the internet clowning on him and decided to fire shots back at DiCaprio. He posted a photo of himself shirtless, seemingly on vacation, standing over a sign that warns visitors of a fatal drop.

Leo, come over here, I want to show you something… @LeoDiCaprio https://t.co/Gt2v9JZTNz pic.twitter.com/KqGLB839NI

Again, Bezos is joking. But is he really?

Credit to the billionaire here. No matter how big of a weenie he is, this one was pretty good.

Point Bezos! Although if DiCaprio wanted to even (or raise) the score, he could probably just call Sánchez.