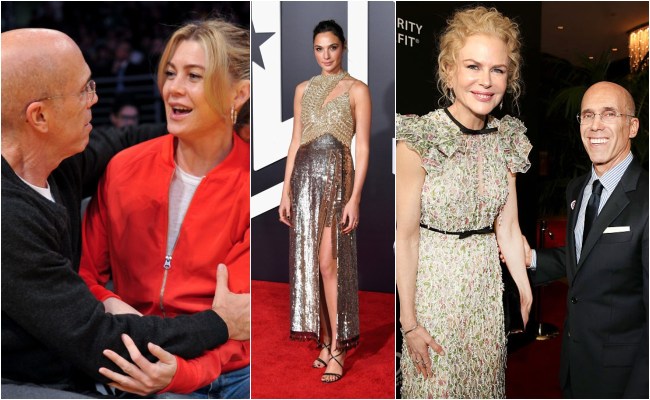 So, as it turns out, an old and extremely powerful white dude in Hollywood is also kind of a douchebag. Who woulda guessed it? Batman himself couldn’t have cracked that case.

If the name Jeffrey Katzenberg doesn’t ring any bells, allow me to remind you of the last time he appeared on this website: when he blamed Quibi’s comical shortcomings on the coronavirus outbreak.

Katzenberg, the founder of the mobile-only short-form streaming service (try and say that aloud without feeling like a complete dipshit), told the New York Times back in early May that he attributes “everything that has gone wrong [with Quibi] to coronavirus.” In layman’s terms, Katzenberg is arguing that a global virus forcing everyone to stay at home and consume streaming content is the reason that people aren’t consuming his streaming content. You follow? Capece? Then again, it would be foolish of us to expect anything less from a man born into New York City wealth who’s now close to being worth a billion dollars. If anyone doesn’t have a fucking clue what regular people want, it’s this guy.

That word vomit of a rant is merely a long way of saying that it should come as no surprise that Katzenberg is as predictably slimy as advertised, as a recent report from Vulture details how he once pitched Gal Gadot on starring in an exercise series as she was, and I kid you not, “delivering an impassioned speech about wanting to elevate the voices of girls and women.” Sheesh.

Katzenberg is on his phone all the time, but he is also among the moguls of his generation who have their emails printed out (and vertically folded, for some reason) by an assistant. In enthusing about what a show could mean for Quibi, Katzenberg would repeatedly invoke the same handful of musty touchstones — America’s Funniest Home Videos, Siskel and Ebert, and Jane Fonda’s exercise tapes.

When Gal Gadot came to the offices and delivered an impassioned speech about wanting to elevate the voices of girls and women, Katzenberg wondered aloud whether she might become the new Jane Fonda and do a workout series for Quibi. (“Apparently, her face fell,” says a person briefed on the meeting.) [via Vulture]

The guy is such a clueless jackass that he couldn’t even wait until one of the planet’s biggest A-list actresses left the room before he started objectifying her — no wonder he’s struggled to get a streaming service designed specifically for commuting (Why? I don’t know) off-the-ground.

RELATED: Quibi Is Pissing Away Comical Amounts Of Money