‘Jeopardy!’ Has First-Ever Sudden-Death Tiebreaker In History And Fans Are Shook 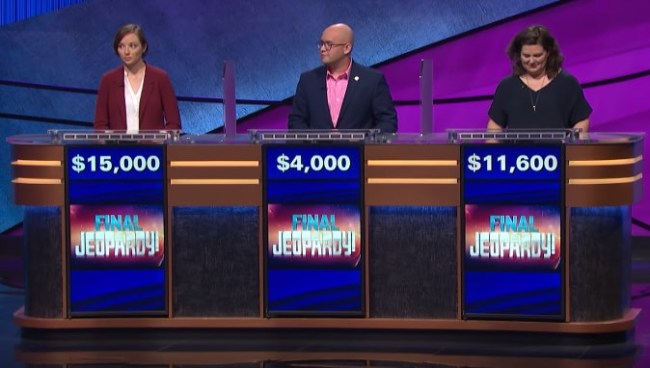 The historic moment went down after all three contestants incorrectly responded to the Final Jeopardy answer. Two contestants, Sarah Norris and champion Laura McLean, put in wagers for the answer about the Norman Isles that put them both at $6,799. Jeopardy! announced rules for a sudden-death Final Jeopardy tiebreaker ever in 2016. “If there are two or three players tied for first place after each contestant unveils their Final Jeopardy! response, [host] Alex [Trebek] will present one more category and read the clue. The clue has no dollar value and does not increase the player’s winnings.”

The two contestants were then quickly given an answer about British Prime Minister Theresa May. If neither had provided a correct response, Trebek would have continued to provide answers in the lightning round until someone responded with a correct question. Thankfully, reigning champion Laura McLean buzzed in with the correct question. The contestants should be thrilled that Alex didn’t use any answers about football.