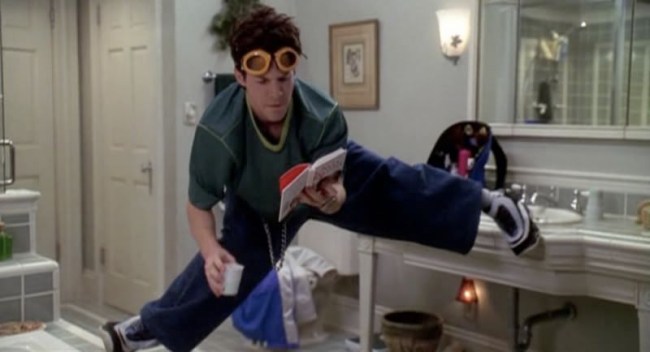 Pour out a Jolt Cola because your favorite oversized and extra wide-legged pants are dead. JNCO Jeans is officially closing down permanently and society will somehow have to persevere and march forward, which will actually be easier now since you won’t be falling on your face after tripping on the bell bottoms of JNCO Jeans.

JNCO Jeans was founded in 1985 by Jacques Yaakov Revah and Haim Milo Revah. At its peak in 1998, JNCO genie-like jeans had mind-blowing sales of $186.9 million. That’s a lotta f-ing jeans. But as all good things such as No Fear shirts, Starter Jackets, bucket hats, and Bugle Boy clothing, they must all come to an end. The company published a final farewell on their blog this week and announced they are “liquidating all inventory” (It’s true, literally everyone has a blog these days).

“While this is an end of an era for JNCO, what JNCO stands for will continue to live on in all of our customers and fans who will carry on the spirit of our brand and all it represents. Thank you to all who have made JNCO special,” the statement said. “We’ve truly enjoyed making clothing for such a devoted base of enthusiasts. This is absolutely devastating news to skaters, graffiti artists, and the 12 remaining Limp Bizkit fans. JNCO, which of course means “Judge None Choose One,” is gone, but not soon forgotten. I can’t believe this was a thing.

Meanwhile, back in 1999, this style was happening! pic.twitter.com/O2pRp0QKHh

A year ago, there were rumors that JNCO Jeans was making a comeback, but it was not to be. And just like that, JNCO Jeans are dead. They are the jeans from the 1990s with a 50″ leg opening that made your dad say, “Are you wearing a denim dress? Those jeans make you look like an idiot,” and you to scream back with teen angst, “Shutup dad, you don’t know what’s cool!!!” This must be devastating news for TJ Maxx stocks. In other retro pants news, Bill Murray is attempting to bring back bell-bottoms with his new line of golf pants that are appropriately called “Bill-Bottoms.”