Joaquin Phoenix’s Joker Runs All Over Gotham, Flips Over A Cab, As Police Give Chase In New Set Video 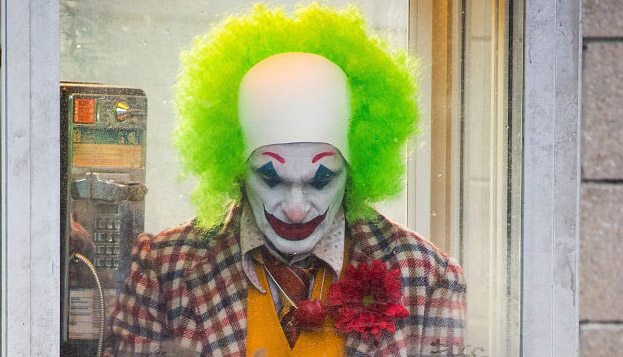 The upcoming Joker movie starring Joaquin Phoenix has been filming all over the New York City metro area the past couple of months.

Which means that there has been a whole lot of people taking pictures and shooting videos of The Clown Prince of Crime doing his thing in places like Midtown, Brooklyn and Newark.

This latest batch of on-set pictures and videos see Phoenix’s Joker on the run from Gotham police, racing through traffic, and even being taken out by by a taxi cab. Pretty sure that scene was performed by Phoenix’s stunt double.

Dude sure is doing a lot of running in this movie, scheduled for release on October 4th, 2019.

Joker centers around the iconic arch nemesis and is an original, standalone story not seen before on the big screen. Phillips’ exploration of Arthur Fleck (Phoenix), a man disregarded by society, is not only a gritty character study, but also a broader cautionary tale.