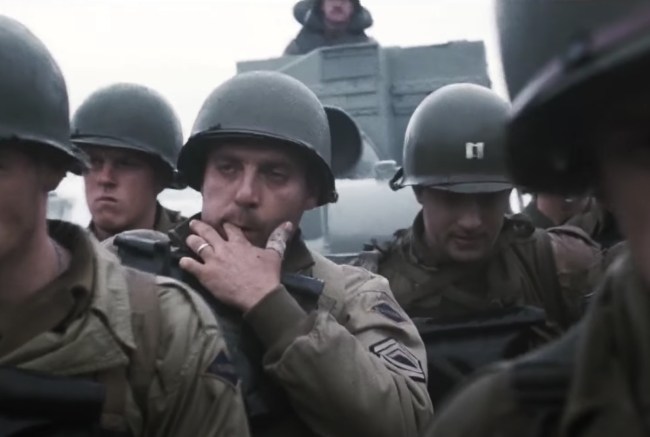 Jocko Willink is a retired U.S. Navy Lieutenant Commander who served on Navy SEAL teams during his 20 years in the military. He served eight years with SEAL Team ONE and SEAL Team Two. As commander of Task Unit Bruiser with SEAL Team THREE, he faced combat in the 2006 Battle of Ramadi during the Iraq War and he earned both a Silver Star and Bronze Star (with Combat V) during his time served.

Since retiring from the US Navy, he has had a prolific career as an author and podcaster appearing on podcasts with Tim Ferriss and Joe Rogan. Jocko Willink has been featured many times here on BroBible including most recently just a few months ago when part 1 of this video below was released.

In this clip, Jocko breaks down combat scenes in popular movies and explains what the filmmakers got right and wrong, which parts were legit and what was made up just to look good on the big screen. For this clip, he goes through combat scenes in Saving Private Ryan, Apocalypse Now, G.I. Jane, and Navy Seals.

It is certainly intriguing to see an expert’s take on these pivotal moments in films we’ve all seen before. The first scene he breaks down is the storming of Normandy beaches during the infamous D-Day.

There are so many details in these scenes I’ve never taken notice of until now and it’s pretty cool to catch a glimpse into his perspective of watching these moments. Not too dissimilar from watching The Match 2, this is a really cool opportunity to watch an expert break down their craft while they watch others attempt it (like Tiger and Phil explaining golf to Peyton and Brady).

If you enjoyed this and want to catch Part 1 of this series with Jocko Willink breaking down combat scenes in films, here he is discussing American Sniper, Zero Dark Thirty, Captain Phillips, and more:

I wish I had more time to watch these all day. They’re so good.