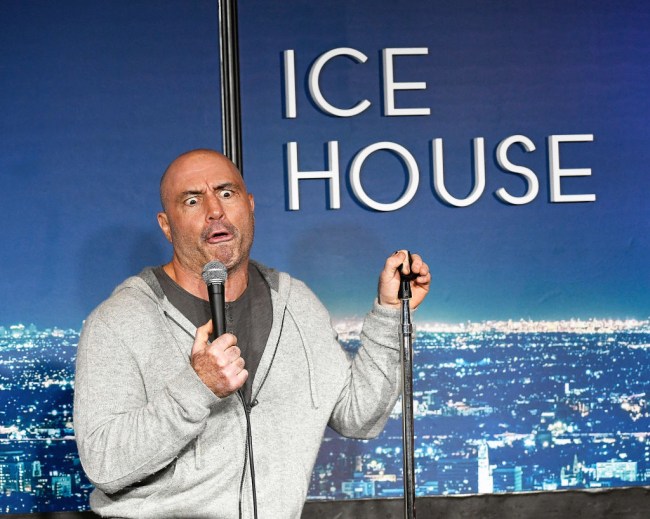 Joe Rogan is currently on the carnivore diet, and he found one pitfall — explosive diarrhea.

January is World Carnivore Month, and Joe Rogan is celebrating by going on the carnivore diet for the entire month. That means only eating meat, fish, milk, and eggs for all 31 days. The stand-up comedian is already seeing changes from the carnivore diet, most notably, he is wrecking all of his toilets.

On a January 3rd Instagram post, Rogan shared a photo of a delectable steak and announced that he is going on a “strict carnivore diet.”

“I weighed 205, which is about as fat as I’ve ever been, and my goal is to get down to around 190,” Rogan said. “The second thing is that for the whole month of January I’m going on a strict carnivore diet. January is #worldcarnivoremonth, and I figured, f*ck it, let’s see what happens.”

“So as an experiment for the entire month of January, I’m not eating anything but meat and eggs,” Rogan wrote. “I’m getting my bloodwork done on Monday and then again when I’m done with the diet but I’ve been on it now for about 5 days and I’m already looking leaner. My energy level has been excellent too. Kind of shockingly good.”

Rogan said he’ll be eating mostly “wild game which is very lean, so I’m supplementing that with beef tallow and some other fattier cuts of meat like this bison ribeye.”

On Saturday, the UFC commentator gave an update on his new carnivore lifestyle, and things have gotten messy. Rogan posted a photo of four slices of bacon and some liver along with the good and the bad about the all-meat diet. “Let’s start with the bad. There’s really only one “bad” thing, and that thing is diarrhea,” Rogan wrote.

“I’m not sure diarrhea is an accurate word for it, like I don’t think a shark is technically a fish,” Joe explained. “It’s a different thing, and with regular diarrhea, I would compare it to a fire you see coming a block or two away and you have the time to make an escape, whereas this carnivore diet is like out of nowhere the fire is coming through the cracks, your doorknob is red hot, and all hope is lost.”

There is some good news because Joe boasted that he hasn’t “sh*t my pants yet.” However, Rogan suspects that his sphincter will betray him and he will have a green apple splatter of an accident. “I’ve come to accept that if I keep going with this diet it’s just a matter of time before we lose a battle, and I fill my undies like a rainforest mudslide overtaking a mountain road,” Rogan explained with the beautiful metaphor.

“But as of today I trust my butthole about as much as I trust a shifty neighbor with a heavy Russian accent that asks a lot of personal questions,” Joe said.

Rogan revealed that there have been benefits of the carnivore diet, including that his “energy levels are higher and steadier throughout the day.” He also added that he “felt really healthy (other than the sporadic bouts of hellacious projectile doodoo).” “I actually seem to feel happier and more balanced.”

“This is the only time in my life I’ve ever tried eliminating carbs for more than a day or so, and since I started the diet a couple days before January I’m now about 13 days in, at least 7 pounds lighter, and in completely uncharted territory for me,” Rogan wrote on Instagram. “Which makes me think this is probably completely uncharted territory for 99% of the people on earth.”

In a recent episode of The Joe Rogan Experience with guests Bryan Callen, Eddie Bravo, and Brendan Schaub, the podcast host showed off a glimpse of his weight loss. Rogan said he instantly gains weight in his gut, and he had been eating too many sub sandwiches and pasta.

“Eating only steak gets boring,” Rogan said of the carnivore diet. Joe admitted he cheated on the diet and actually ate an olive. Like the keto diet, Rogan said he is not eating any carbs, and revealed that he is taking supplements to balance his diet.

Rogan said the reason why he is experimenting with the carnivore diet is because he “wanted to see what’s up” and because people who he respects swear by the meat-only diet, especially Jordan Peterson.

So the carnivore diet seems to be working for Joe Rogan, minus the sprinting to the bathroom to avoid spraying his pantaloons with butt mud. No word on Joe’s cholesterol levels. Rogan along with fellow comedians Tom Segura, Ari Shaffir, and Bert Kreischer will do a special The Joe Rogan Experience podcast in February to see which of the comics lost the most weight and how they did it.

RELATED: One Stinky Side Effect Of The Keto Diet Is Funky ‘Keto Crotch’ And Carbs Never Sounded And Smelled So Delicious