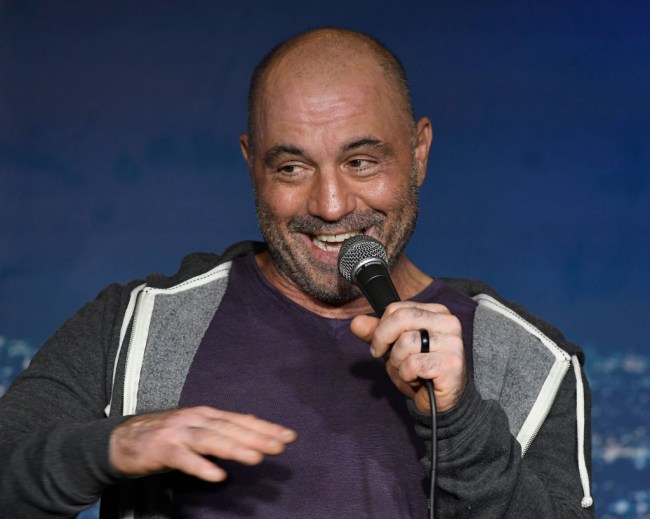 First We Feast’s Hot Ones web series has had no shortage of memorable guests including Maisie Williams, Shia LaBeouf, Steve Austin, Halle Berry, Shaq, Natalie Portman, Bill Burr, and who could forget Paul Rudd? But one celebrity who probably take the Hot Ones Challenge is the great Joe Rogan.

On a recent episode of his own podcast, Joe Rogan explained why he isn’t signing up for the Hot Ones Challenges. During the Joe Rogan Experience episode featuring former UFC heavyweight fighter turned stand-up comedian and podcast host Brendan Schaub, Joe revealed why he isn’t into purposely setting his own mouth on fire for a YouTube video.

“That’s not a good way to talk, man,” Rogan said of the Hot Ones‘ format of celebrities torturing themselves by eating excruciatingly spicy hot sauces with host Sean Evans. “Snot’s coming out of your nose and you’re crying, that’s not a good place to talk.”

Schaub suggests Rogan would be great on the fiery chicken wing-devouring show, and the podcast king responded by saying: “I know, but why are you asking people personal questions when they’re crying?”

RELATED: Logan Paul Wants To Run For President Of The United States, But Don’t Expect Joe Rogan To Get Into Politics

Rogan said he isn’t against eating tongue-melting foods, and he used to go to a place called “Chili My Soul” in Encino, California, where they served the “most ridiculously hot chili.” So hot that you had to sign a waiver to eat it. The restaurant appears to have closed down years ago.

Joe Rogan said he likes spicy, but not too spicy. Rogan said he loves jalapenos, and he, of course, puts them on… elk. So it looks like Joe will stick with the JRE where he drinks whiskey or smokes weed or eats edibles. No crazy hot sauces.

Joe also talked about going to a wing joint in Boston during his early stand-up comedy days. “They had different levels, and one was suicide. You would get this suicide sauce on these wings… oh my God!” Joe believes the volcanic sauce was made of habanero peppers.

Maybe one day, Joe Rogan will be on the Hot Ones saying: “Look at us. Hey! Look at us.” And then Evans replies: “Look at us” and “Who would’ve thought?” And then Rpgan says: “Not me!”

Oh, wait. Paul Rudd may have already done that.

Paul Rudd
Look at us pic.twitter.com/o6pRyfAkZj

You can watch the entire Joe Rogan Experience with Brendan Schaub below.