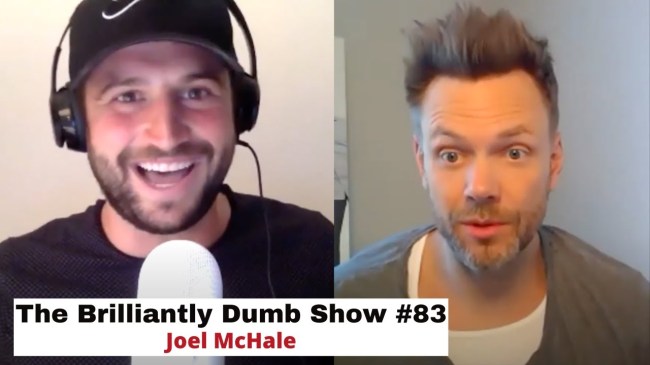 Let’s call it like it is, Joel McHale is flat out fucking hysterical. His career started with 12 seasons of ‘The Soup’ on E! while also working on NBC’s hit show ‘Community’. A couple of gigs later and next thing you know, McHale finds himself chosen to speak at one of the most nerve-wracking gigs of all time, The White House Correspondents dinner. The only dinner where selected comedians or talent have the green light to get in front of the world’s most powerful people and absolutely roast them.

McHale’s performance was nothing short of legendary, but that didn’t come without a few nerves prior to him speaking as he ate his dinner at the event with Michelle and Barack Obama.

“I have never been more nervous in my life. I burnt out the fuse in my brain for nerves after that. After the President delivered his jokes, I stood up and had a dizzy spell. This was an hour and a half after sitting next to Michelle Obama and we had a great ole time. Michelle is so incredibly lovely that there was almost this rest pit where I thought to myself, I’m just having a conversation with this incredibly cool person and that kind of put me at ease”.

After McHale dominated his speech he admitted to being able to finally let it all go and chug his glass of wine that he refused to have prior to his speech. The Obama stories did not stop there though as Michelle had forgotten her purse at the table after the dinner which led McHale to be the hero to track her down with it.