What’s Next For The Call Of Duty League In 2021? A Chat With Johanna Faries, Head of Leagues at Activision Blizzard 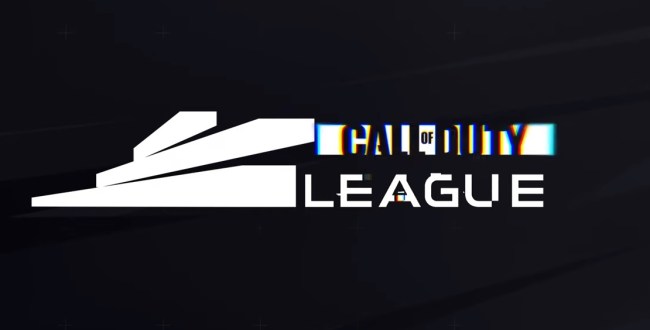 There’s no shortage of narratives in the world of esports.

You just have to know where to look for them.

This year, for example, The Los Angeles Thieves is set to replace Optic Gaming Los Angeles after Hollow, Chino, Dashy, and Goonjar were dropped by the org in a restructure.

There are even some ambiguous yet salacious storylines around cheating in amateur COD tournaments, which is somewhat of a pain point for many casual COD players like myself. Activision Blizzard recently announced they’ve banned some 60,000 accounts associated with using cheat software in Warzone, “bringing our total to date of more than 300,000 permabans worldwide since launch.”

That said, the Call Of Duty League has strict protocols in place to deal with these kinds of issues in competitive gameplay at the highest levels, ensuring an even playing field.

The world of high stakes Call Of Duty play has fascinated me for years, going back to the year I flew from my home at the time in New York to Los Angeles to hang out at the Call Of Duty Championship for a weekend.

There’s no doubt this year will be a massive year for the Call Of Duty League, with record viewership and engagement. There’s a palpable excitement for the start of the season, quantified by engagement in the preseason.

The @CODLeague is already showing YoY growth after the first preseason event of 2021!@OpTicCHI and @LAThieves were the top match with 107K peak viewers!

With all of these questions in my mind, the folks at Activision Blizzard were gracious enough to offer some time to speak to Johanna Faries, Head of Leagues at Activision Blizzard. Faries joined Activision Blizzard last year as the commissioner of Call of Duty League, having spent a decade at the NFL in a number of leadership roles, including as Vice President of Club Business Development at the National Football League – a job that interfaced closely with NFL team owners and presidents to bolster their local revenue and brand goals year. She also played a key role in launching the NFL’s first-of-its-kind ticketing network.

In anticipation of the 2021 Call Of Duty League kicking off this weekend, most of our conversation focused on where the league is heading and what will be different this year. There’s a lot of exciting stuff in the works to level-up the fan experience this year…

You asked for it, and you got it!

2021 will be a great year for @YouTubeGaming and we're kicking it off with Account Linking for @CODLeague!

Below, some of the highlights from our conversation.

BroBible: The very nature of what Call of Duty is has evolved so much in the last year. Battle Royale, as a gameplay format, is just only in its infancy. As a franchise, Call of Duty is now something that multiple generations are familiar with, but Warzone presents the experience in this entire new exciting format that sticks with gamers and fans. And it’s only a year old. I think that’s so exciting. There’s such a gravitational pull towards it…

You know, a year ago almost to the day we were launching what this ambitious vision of ours would look like. And 12 months later, all of us here at Activision Blizzard e-sports have driven so much more of a holistic conversation around how to put a worldclass esport organization on the map when we’re standing on the shoulders of this giant IP franchise. The gameplay designers, the communication between the key stakeholders – Be it fans, coaches, GMs, and, you know, the best Call of Duty players in the world.

Call of Duty is this mega brand that can stretch in all the ways that you’re talking about and be relevant and dominant in all those places, right?

So it’s really there for the taking. 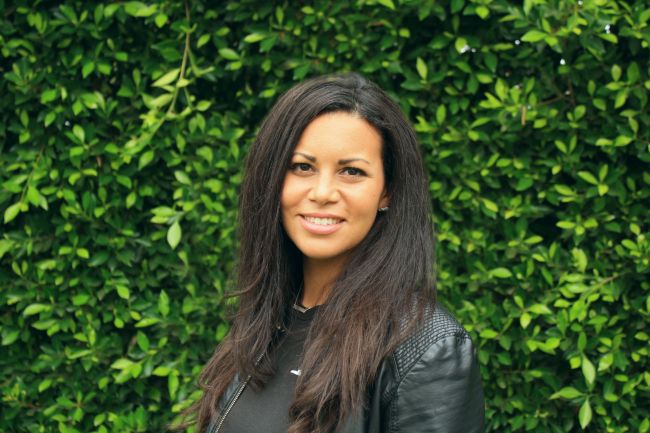 What’s been awesome is just seeing how we’ve stood up a city-based league and seeing so much interest coming into the fold – be it partners, brands, sponsors, investors, and our community of Call Of Duty players who were saying, wow, these, these are really top tier brands doing something very, very different and unique and differentiated in the space.

And there’s a way for me, whether I’m new and emerging, or whether I’ve been with Call Of Duty esports forever, to really have a great time, whether or not we’re delivering that online or in sold out arenas.

Just like anyone else in the live events business, CDL got dealt a blow from the pandemic. The pivot to online and streaming is great, but what does all this look like when the world kind of starts to reopen again? Is there a playbook for recapturing some of the momentum that the league was really starting to build on with a city-based touring structure?

Sure. I mean, we all share a desire to get back to LAN arena-based events as quickly as we can. I know everybody in the industry wants that.

And you’re right. I mean, when you walk into a live CDL event, the energy is just electric. It’s crazy how positive and immersive and energized our fan bases are.

To see that happen in our major hubs when we did start a year ago, really, I think showcased the potential we have to take this to the next level.

I also think though that it’s part of a broader story around the interests we’ve seen in esports categorically since COVID hit – Especially given my prior roles in traditional sports, to see more traditional sports leagues be shut down outright because of the physicality of their product.

But it was also encouraging to see us be able to get back up in a matter of weeks and, not only deliver our season and get back on track, but also see growth.

I mean, real significant engagement and subscriber growth on our YouTube channel in the back half of last year. There were watershed marks we hit from a viewership perspective. In the post-season, it kind of shed a new light, I think, on the entire industry and what esports can do in virtual spaces in addition to real life spaces,

When we do come back online, hopefully we are sort of maximizing both opportunities from a real position of strength.

A great live experience in anything has the ability to capture someone. In esports, that means even non-endemic gamers. If you put anyone with an open mind in a room and there’s enough excitement from other people in that room, there’s going to be a transformative energy to it. That energy is going to carry over.

One of the things I’ve noticed in esports, with organizations like the CDL, is that you’re really starting to get more comfortable with not being compared to traditional sports or a traditional sports league.  I think that’s growth, that the ecosystem is more sustainable. Whether it’s with the media or relationships with brands that want to get close to the esports audience heat, etc.

I’m just kind of curious if you feel like that is accurate? That esports is comfortable with its own lane vs. being “the next” NBA or NHL or NFL.

That’s such an awesome insight that you’re tapping into.

In my experience, for the longest time esports was sort of separate and apart in every way that you can imagine, right? It was just its own thing that was dramatically grassroots, doing something totally different in many ways under the radar, right? Especially when you think about mainstream sports culture.

What has been so interesting and powerful since I’ve joined Activision Blizzard – at least from where I sit – we, as a company said, look, there’s still real benefits to draw from traditional sports leagues models. Business models, operating models, city-based franchises, where you can develop fans both at a local level and at a global level at the same time and really start to scale.

Yet to your point, what’s happened even since we’ve launched, is we’ve been able to craft a vision that harnesses the strengths of those elements, of traditional sports. While also taking a left turn, if you will, to be our own venture and to stand for something bigger – it’s oftentimes why we call esports leagues the sports leagues of the future.

It’s not just another sports league, it’s actually doing something very different. Even if it drafts on some of the learnings that can be applied that put more form and structure and opportunity around it.

So, I do think I speak for our ownership group very much so, along with our pro players who are a part of it where we can sort of live in both spaces and be yet something quite different and unique that says, ‘you know, the future of sports and entertainment may be something that esports can be a leader in, even while it’s standing on references back to traditional sports that have had great success up until this moment.’

Yeah. In my way of covering it or thinking about it, the media narrative around esports is going to start changing more and more. There’s obviously endemic gaming and esports media and its own evolving media ecosystem.

For sure. That’s what we love about CDL; it’s new and yet it’s part of a ten-year-old legacy, with a fanatic community that has been rallying behind this proposition far before I joined, before we franchised the league

So we can also sort of build on a very strong history while taking it into a new direction.

How does CDL embrace attainable lanes for player development? For those of us who grew up playing video games, becoming an esports star without leaving the house is our generation’s American dream. How does the league create those paths at the top for gamers to step into, like minor league or development leagues?

Everything we’re doing right now is about setting a new canvas on which a lot of smart people can paint.

So I think the fact that it’s foundational right now and that we’re bringing in the best minds from legacy esports brands, the biggest brands in culture and gaming, biggest brands and ownership groups in traditional sports and creating a mind-meld where we all get to say together, where are we taking this thing? How are we going to make it better? Where would it, what do we need to improve.

Just getting set-up for that type of operational and professional acumen, it’s a tremendous entrepreneurial endeavor really each and every day. And I think that’s part of the appeal.

Like 100 Thieves, a lot of these brands evolved through a challenger system. They didn’t go pro right away. They were grinding the online ladders, eventually making it to open tournaments and starting to really brand their aspirations and creating organizations and content around those experiences

Same goes for FaZe Clan and many, many others – like Optic. And we’re just going to continue to see that. There’s a home for sort of this top tier true premium entry point to take CDL to new heights, but there’s also so much happening all over our key regions of the world in the amateur system — if somebody really individually aspires to go pro, they can just pick up the sticks and start getting after it in a challenger system.

Or, if they want to put together a squad and want that squad to really be known for greatness, even if they’re not part of the franchise system, it’s do-able.