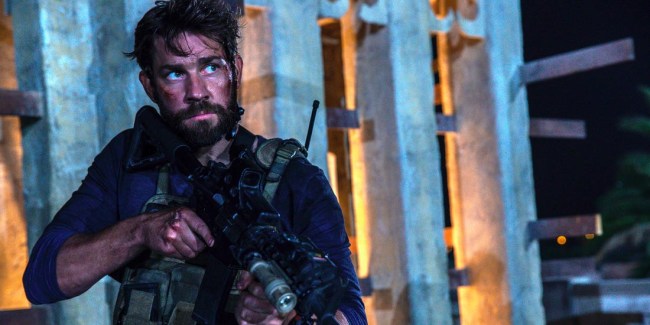 There’s an alternate universe out there where Jim from The Office plays Captain America.

In that version of reality, Pete Carroll handed the ball to Marshawn Lynch, Bruce Wayne goes to a therapist, and MLB actually has a sack and has stripped the classless Astros of their World Series title.

But we live in this reality, where Tom Brady and Bill Belichick have an extra fucking ring, Batman is the shit, and baseball is a slowly rotting corpse that is dying due to its inability to adapt (otherwise known as Darwinism #science).

Luckily for John Krasinski, both parallel universes are equally as successful, as he’s still doing quite well for himself by directing The Quite Place (ever heard of it!?) and starring in the Jack Ryan series on Amazon Prime. Not too shabby at all.

Still, playing Captain America — especially considering what the Marvel Cinematic Universe has become — is another level of fame and notoriety. And Krasinski did famously audition for the role, ultimately losing out to Chris Evans. He got far enough into the audition where he was tested while wearing the suit, though.

While appearing on The Ellen Show, Krasinski revealed how a chance encounter with Chris Hemsworth, Thor himself, as he was trying on the iconic Captain America suit kinda sorta shook his confidence at the wrong moment.

“I went in and I tested for Captain America. Got to wear the suit, which was really fun. This is a true story … I was putting the suit on, and I was halfway up, not wearing any other clothes other than this … And right at that moment, Chris Hemsworth walked by and he was like, ‘You look good, mate.’ And I was like, nope. You know what? It’s fine. We don’t have to do this … He was just like, jacked and like, ‘You’re gonna look great in that suit,’ and I was like, ‘Don’t make fun of me, Chris Hemsworth.’” [via Uproxx]

Krasinski still may get to play a massive superhero is the MCU anyway, as both he and fans have been vocal about their desire to see the actor land the role of Reed Richards, a.k.a. Mr. Fantastic of the Fantastic Four.

You can next see Krasinski in A Quiet Place Part II, which he directed, when it hits theaters on Friday, March 20.