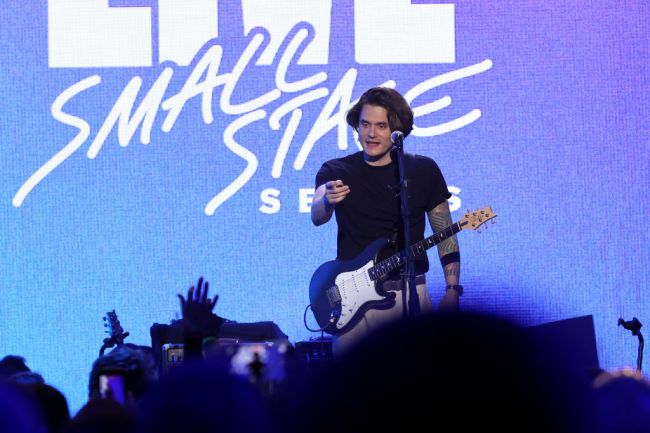 John Mayer might not be a Deadhead if it wasn’t for Pandora’s algorithms.

As the lore goes, Mayer started listening to the Grateful Dead’s expansive catalog after hearing the Dead song “Aletha”, randomly, on a Pandora station around 2011. He then got on the bus and went down the rabbit hole, eventually linking up with Bob Weir while guest hosting the Late Late Show for Craig Ferguson.

The two performed “Althea” together on the show 2015, giving birth to Dead and Company as we know it.

Now Mayer shreds it up regularly with Weir, Bill Kreutzmann, and Mickey Hart – a pivotal member of the band, Stealie Rolex and all.

In summer 2020, Mayer commemorated The Days Between with a guest segment on the SiriusXM Grateful Dead Channel. The singer-songwriter chose nine of his favorite live Dead tracks, including the version of “Althea” that took him down this path: 5/16/1980, Nassau Coliseum – captured on the Dead’s Go to Nassau release.

Mayer just kicked off a 24-date tour in support of his July 2021 album, Sob Rock.

Before hitting the road, Mayer sat down with his buddy, Andy Cohen, for a 38-minute interview via SiriusXM. The interview happened in conjunction with an exclusive concert at the Hollywood Palladium in Los Angeles, hosted by SiriusXM and Pandora.

Cohen, a well-known Deadhead, asked Mayer to create a “mixtape” of his favorite songs.

His answer shouldn’t be much of a surprise to Deadheads… The song he proclaimed as his current favorite is many-a Deadhead’s favorite Dead song.

“I would probably say Terrapin Station. There’s a beauty and elegance to that song..”

Andy Cohen: There’s a beauty and an elegance to you on lead vocal in that song.

Every night, I have to deliver that story whether my voice is tired or not. There are very tricky little timing things in that song. That is like.. go in with a pure heart, sing these lyrics, just sing them – let it come out of you. You can’t fake that song.”

Watch a clip from Mayer’s interview with Andy Cohen for SiriusXM via YouTube.

John Mayer’s other favorite songs for his mixtape

Mayer also dished to Cohen about other favorite songs to include on his mixtape. This includes his favorite anthem (“Bittersweet Symphony” by The Verve Pipe), country song (“Blue Eyes Crying In The Rain” by Willie Nelson), TV show theme (the Diff’rent Strokes theme song), and Adele song (“Send My Love (To Your New Lover)”).

Music fans will also appreciate Mayer’s selections for favorite yacht rock songs, along with his favorite record off Sob Rock.

“I have so many… I was just listening to some last night in fact. You know what a great yacht rock song is? “How Long” by Ace. *Sings* ‘How long… has this been going on?’ That’s great. I would put just a little bit above it “What A Fool Believes” by The Doobie Brothers. Great song.

It’s “Wild Blue” for me, baby. I just put it on and I can’t believe it’s mine. Artists aren’t really allowed to say that, but it’s true. There are some songs you do with your left hand and then you look back at it and go, ‘that’s wild.’

Never seen the sun before / Lyin’ on the ocean floor / I’m walkin’ through the wilderness / And livin’ off the loneliness. It just has this Moody Blues [vibe]. It reminds me of “Wildest Dreams” by Moody Blues – Once upon a time / In your wildest dreams.

Maybe that’s a song for *whispers* lovemaking? The whole record has this character to it… it’s 1% like this *waves arms*. It’s very Stevie Nicks, very twirling. It’s very sash. There’s a little bit of.. not comedy? But not not comedy that I would write *sings* ta da da daa daaaa.

If you don’t like it, it’s because it exists just a little bit beyond your tastes at that moment…

You watch Andy Cohen’s full interview with John Mayer via the SXM App, which currently has a free three-month trial for new subscribers. Look for it in the app, under The Spectrum video interviews. More details on how to sign-up here. 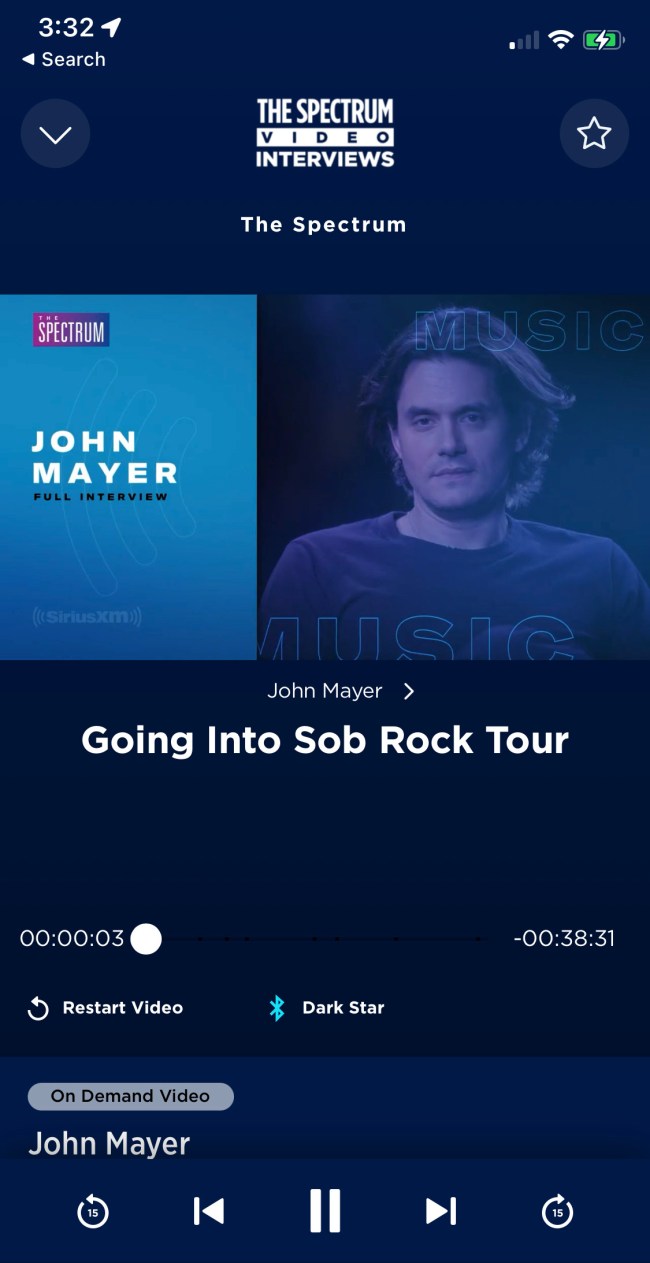