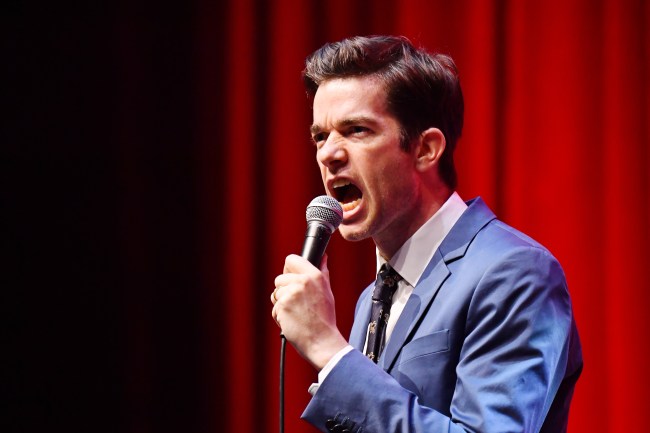 I don’t know who John Mulaney’s managers are but if they played a hand in booking him a five-day residency at Manhattan’s City Winery in the immediate aftermath of a 60-day stint in rehab, I may update my resume because someone deserves to lose a job.

In any event, the 38-year-old comedian performed his first of five shows at City Winery in conjunction with his “John Mulaney: From Scratch” mini-tour. The results, judging by a couple attendees who were lucky enough to get tickets, were overwhelmingly positive.

“When I’m alone, I realize I’m with the person who tried to kill me,” Mulaney joked.

Mulaney told the City Winery crowd, each of which had their phones taken before the show, that he is 141 days sober after battling an alcohol and cocaine addiction that spiraled him down to 105 pounds and warranted an intervention from Seth Meyers, Nick Kroll, Fred Armisen, Natasha Lyonne, and Bill Hader. Mulaney claimed the comedians were “afraid for his life.”

“I was the best looking person at my intervention,” he joked, adding that his interventionists had all packed on the pounds during the pandemic.

“I missed the whole insurrection on January 6th,” he joked. “That wouldn’t have happened on my watch.”

And another, via Showbiz411:

“I’d kill all of you for a line of coke,” he joked, then took it back. “I’m a friendly addict,” he said. He said that in December he apparently gave an interview to GQ magazine but has no memory of it whatsoever. As a bit, he read some of it aloud, laughing at some of his responses to the reporter’s questions.

just left John Mulaney’s first post-rehab show at City Winery. I don’t know much about comedy, but imho he did a great job… an excellent mix of humor and honesty. I’m rooting for u, dude

Mixed feelings were had.

Mulaney will perform every night at City Winery for the next four, all of which were sold out within minutes.