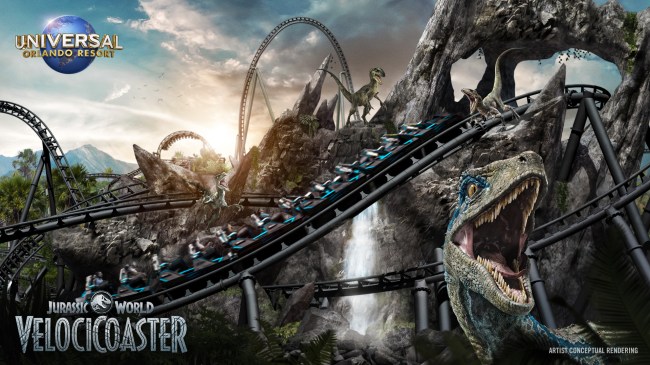 If there’s one thing I’ve learned this past year, it’s to not take certain things for granted that I previously thought were permanent fixtures of daily life. Three things in particular: Going to a game with friends, hitting up live music, and going to amusement parks on the weekends. I love rollercoasters and there are some incredible ones in the parks around Southern California, where I live these days.

California has been understandably slow to reopen amusement parks compared to other places. Since moving to Los Angeles, I’ve enthusiastically hit up Halloween Horror Nights at Universal Studios Hollywood every single year, three years in a row. It’s one of my favorite things about the month of October – I’ll get my pass months in advance just because I love it so much. It’s the ultimate bummer to not experience it this year, but the last thing I want to do in a global pandemic is cram single-file in an enclosed haunted house where everyone screams in unison at each other.

The theme park notes that it raises the bar in “extreme roller coaster design… becoming an experience for coaster enthusiasts and thrill-seekers.”

That has my instant attention, like getting spit in the face by a poison-spitting Dilophosaurus.

According to Universal Studios, this new coaster boasts some serious roller coaster stats: 4,700 feet of track – just shy of a mile – and reaching heights of up to 155 feet.

The new VelociCoaster twists, soars, and barrel rolls just inches above water. It accelerates at velociraptor speeds, with lots of near-misses and launches.

In fact, there’s a launch that takes you 70 MPH in two seconds.

I’m ALL IN on that weightlessness and the zero-gravity moments.

Universal says in a press release that the attraction is set to open in Summer 2021.

Watch the video and tell me this doesn’t get you hyped: