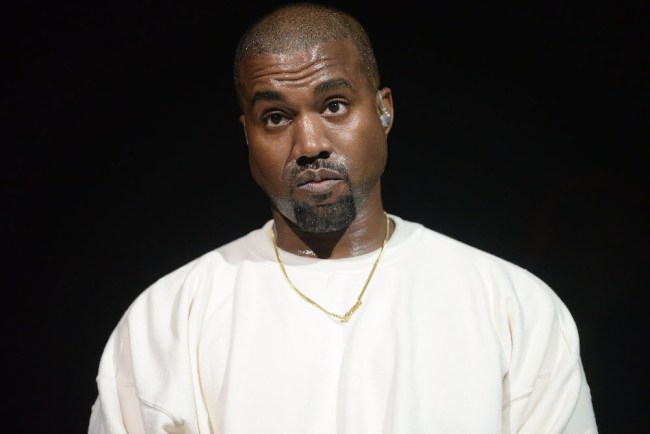 By the time sophomore year of high school rolled around, I’d perfected faking my mom’s signature. I only used the signature under extreme circumstances like signing permission slips I forgot to bring home, poor test scores that needed signing, and buying a Hummer.

But even as a teen, I knew not to abuse the power. I figured I’d get caught eventually but the chances were minimal.

Kanye West – or someone in his camp – probably assumed the same about forgery because who the hell is going to pour over hundreds of signatures? Who’s got that kinda time?

Scott Salmon, a New Jersey lawyer, did some investigating of West’s Presidential petition and noticed that hundreds of signatures look incredibly similar.

Salmon filed the complaint with the state Division of Elections after examining all 1,327 signatures West submitted at Monday’s state deadline for independent presidential candidates.

According to Salmon, a registered Democrat who filed the complaint independently, the 600 alleged faulty signatures would drop West’s total signatures to below the required 800 to appear on the state ballot.

Salmon’s formal complaint alleges that many signatures “appear to be written in nearly identical handwriting,” while others “lack complete addresses.”

Here’s a screenshot of just some of the signatures appearing on West’s Presidential petition. I’ll let the common man be the judge as to their authenticity.

Democratic attorney @VoteSalmon is challenging @kanyewest's NJ presidential petition signatures. Among the many alleged problems: Signatures that appear to be from the same hand, down tot he little circle over the i https://t.co/xibr5T2uq9 pic.twitter.com/PNKZ0h7fiC

First off, all of the signatures are far too nice. The average person takes less than two seconds to sign their name and it’s rarely more than a scribble somewhat matching the hills and valleys of their actual name.

Secondly, I don’t know anyone who substitutes a circle for the dot above the letter I, but West’s camp found numerous individuals.

And finally, Marilyn Moran and Wendy Mendez look like the same goddamn signature! Did y’all just give up! The teacher is gonna notice, and we’ll never be allowed to go with the class to visit the aquarium!

Earlier this month, West paid $35,000 to appear on the Oklahoma ballot and filed paperwork in Missouri. He also threatened to expose all the Kardashian family secrets if they try to “lock him up.”