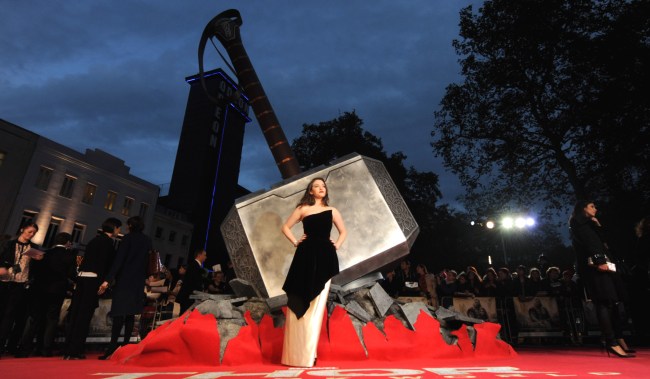 Kat Dennings, who makes her return to the Marvel Cinematic Universe as Darcy Lewis for the first time since Thor: The Dark World on Wandavision, shared an insane story about her auditiion for the first Thor movie.

During a recent appearance on Crooked’s podcast Keep It, Dennings explained the ridiculous lengths Marvel went to in an attempt to make sure not one single iota of actual information about the project would be revealed to her during the casting process.

“It was as intense, but it had shifted in the way that, when I did Thor, I didn’t really… it was so secret that I didn’t know what I was auditioning for,” explained Dennings, adding. “So I went to an address. I have no idea what’s going on. I don’t know what the movie is, all I know is that it’s a superhero movie and I’m like ‘Am I a superhero?’ What do I wear, like, leggings? What do I do? So, I was like, I’ll toe the line. I’ll try and look a little cute, but I don’t know who I’m playing cause you get fake sides [scripts].”

Marvel even sent her to a fake address.

Considering the fact that she didn’t know what role she was auditioning for, or even what movie it was, Dennings understandably had no idea how she got the part.

“I don’t know why I got that part to be honest,” she said. “It was just lucky. A lucky thing.”

That sort of thing still continues to this day as, despite the fact that Wandavision has several scenes filmed in front of a live studio audience due to the sitcom nature of many scenes, that audience is made up exclusively of family members of the cast and crew.