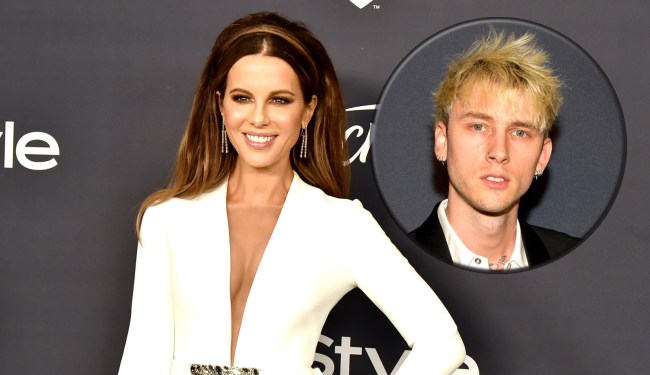 So, naturally, because internet, people decided that they had the right to judge Beckinsale by commenting about the 29-year-old rapper on an Instagram post she made about her cat, as one does.

Willow does not deserve nice things.

“Machine gun Kelly Really? I’m out!!! You are now infected,” one commenter wrote, to which Beckinsale (who is an awesome follow on social media, by the way) fired back, “Why don’t you worry about things that are actually happening and donate to the Australian wild fires rather than waste your time on things that are not happening and never were and also please get a f**king life.”

Another commenter also decided that they had the right to judge, writing, “U need a man,” to which Beckinsale replied back, “Maybe you do since it’s so much on your mind xx.”

Once @twexdirects and I figured out we were visual/kinesthetic learners we were able to grasp some really complicated mathematical concepts that had hitherto eluded us. Here we are finally getting the Grothendieck-Riemann-Roch theorem

Sounds to me like there are a few people out there who need to check themself before they wreck themself. Right, Kate?