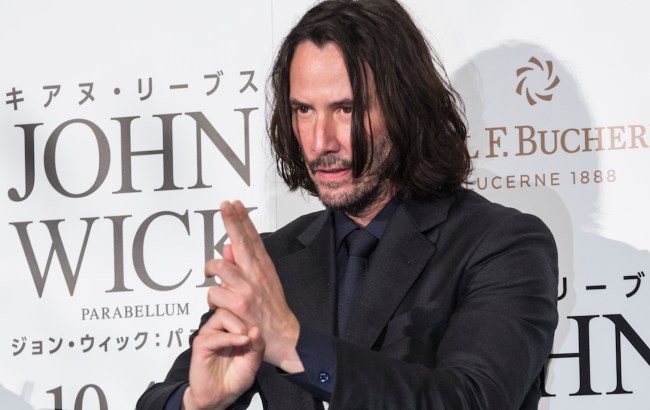 As the Marvel Cinematic Universe continues to expand, naturally, so will the cast of actors who inhabit these iconic roles.

While it may seem as though every famous actor in Hollywood has appeared in an MCU film at one point or another, the fact is that there’s still plenty of A-listers out there who have yet to cut a check from Marvel Studios.

And when it comes to one of those actors — Keanu Reeves — it’s apparently only a matter of time until the beloved John Wick actor makes his debut in the MCU, as a recent report from We Got This Covered suggests that Marvel Studios is eyeing Reeves for a role in the Doctor Strange sequel, Doctor Strange in the Multiverse of Madness.

Not to overstate this, but Doctor Strange’s very specific magical corner of the Marvel Cinematic Universe is quite literally the perfect place for Keanu Reeves’ unique talents.

We Got This Covered has been informed by our sources – the same ones who told us that Taskmaster will be the villain in Black Widow, and that Black Knight and Moon Knight were coming to the MCU, all of which turned out to be true – that one role Marvel has in mind for the John Wick star is Nightmare, who’s set to be the big bad of Doctor Strange’s second solo movie.

Reeves’ introduction into the Marvel Cinematic Universe is now merely a matter of when — not if — as MCU mastermind producer Kevin Feige has admitted in the past that Marvel Studios reaches out to Keanu for “almost every film” they make.

“We talk to him for almost every film we make. I don’t know when, if, or ever he’ll join the MCU, but we very much want to figure out the right way to do it,” Feige said to ComicBook.com during the press junket for Spider-Man: Far From Home.

Doctor Strange in the Multiverse of Madness will hit theaters in the United States on May 7, 2021.