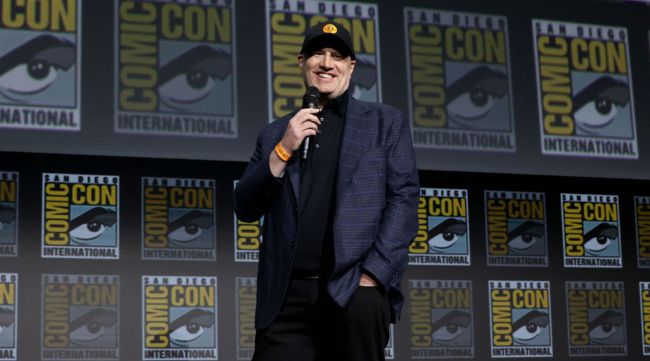 As noted by Feige in his email, El Arbi and Fallah also directed a majority of the recent Disney+ series Ms. Marvel, which became one of the best-reviewed Marvel Studios projects of all time (at least according to Rotten Tomatoes).

“My friends, I had to reach out and let you know we are all thinking about you both. Because of the wonderful news about the wedding (congrats!) and the disappointing news about Batgirl. Very proud of you guys for all the amazing work you do and particularly Ms. Marvel, of course! Can’t wait to see what is next for you. Hope to see you soon,” Feige said in an email.

Despite the cancellation of Batgirl, Warner Bros. Discovery said their decision to axe the film does not reflect their opinion of the directing duo or star Leslie Grace and that they hope to work with them again in the future on a different project.

The reason that Warner Bros. Discovery decided to can Batgirl, according to reports, is that they saw the project as a “purchase accounting opportunity” to save somewhere between $15-20 million, as the new regime apparently felt the film was neither big enough (or good enough) for theaters nor small enough to stream exclusively on HBO Max.

During the company’s Q2 earnings call on Thursday, WBD president David Zaslav says that they hope to emulate Feige’s success at Marvel Studios with what he claims is a “10-year plan” for DC Films.