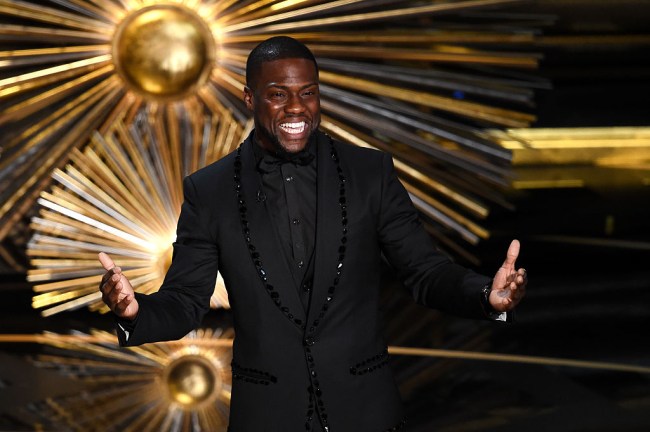 Anyone who’s experienced the dopamine rush that comes with getting a like on social media knows how hard it can be to resist sharing every thought and facet of your life with the internet.

However, as anyone who posted a picture of themselves holding a Solo cup on Facebook during their high school years knows, there are plenty of downsides to broadcasting your life online.

There are plenty of ways to ruin your life on the internet but I’d argue there’s no better platform to do so than Twitter, which has claimed a number of victims as more people are forced to answer for stupid things they posted in the past.

Last year, Villanova’s Donte DiVincenzo caught some heat for tweets from his younger days and Oklahoma’s Kyler Murray suffered the same fate thanks to some homophobic posts.

However, no one had their spot blown up more than Kevin Hart, who was slated to host this year’s Academy Awards ceremony before he dropped out thanks to some ill-advised jokes from a decade ago.

After the tweets surfaced, Hart went on a deleting spree and issued an apology that wasn’t really that much of an apology.

The Academy is still scrambling to find someone willing to host the Oscars and there are rumors that they might not even have a master of ceremonies this year. However, there’s one guy who might be interested: Kevin Hart.

The comedian recently appeared on The Ellen Degeneres Show and spent a fair amount of time addressing the controversy, with Degeneres saying she feels the whole thing was blown out of proportion by a vocal minority.

During their chat, she revealed she’d reached out to the Academy to urge them to give Hart a second chance if he decides to do a 180 and said they told her they were open to having him host.

Hart said he’s currently reexamining his decision to drop out of the show so there’s a chance we might see him take the stage when February rolls around.