Can You Believe Two Guys On A Boat Made Of Kiddie Pools And Plastic Buckets Had To be Rescued At Sea? 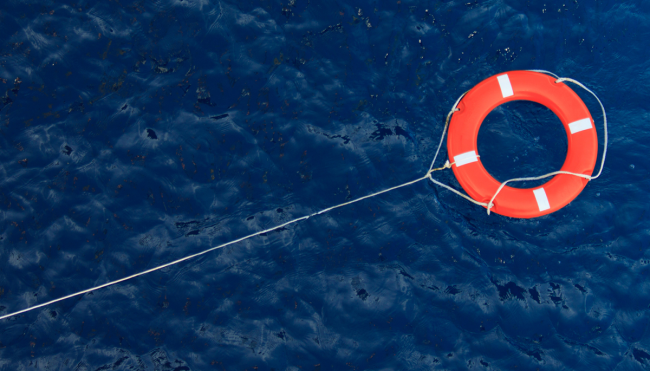 There’s nothing quite like chilling in the middle of the ocean on a boat with your buddies, but when you consider having access to a boat can be a pretty high barrier to entry, some people are forced to improvise when they’re in the mood to hit the high seas with their squad.

That was the case with two dudes in Australia who hopped aboard an inflatable mattress with a bunch of beer and literally zero endgame earlier this year, as they had to eventually be hauled back to shore after realizing they’d neglected to bring any tools capable of piloting that less than seaworthy craft.

The same cannot be said for a couple of bros in California who had the foresight to bring a paddle with them when they climbed onto a makeshift vessel of their own over the weekend. Unfortunately, ABC7 reports their ability to steer the boat couldn’t overcome the tide that dragged them away from shore or make up for the fact that the boat in question was made of plywood, a couple of kiddie pools, and 20 plastic buckets from Home Depot all held together by duct tape.

If Nautical Nonsense Is Something You Wish-Two male students in their 20’s were rescued unharmed at 2:37 a.m. Sat off Isla Vista after they were unable to return to shore in their boat fashioned from duct tape, buckets, and kiddie pools. Alcohol was not a factor. *Call Newsline* pic.twitter.com/Ug568BY9EF

In one of the most surprising twists you’ll ever encounter, the Santa Barbara Fire Department determined that alcohol didn’t play a role in the ill-fated voyage, which resulted in the two unidentified college students being rescued almost 1,000 feet off the coast of Isla Vista around 2 A.M on Saturday.