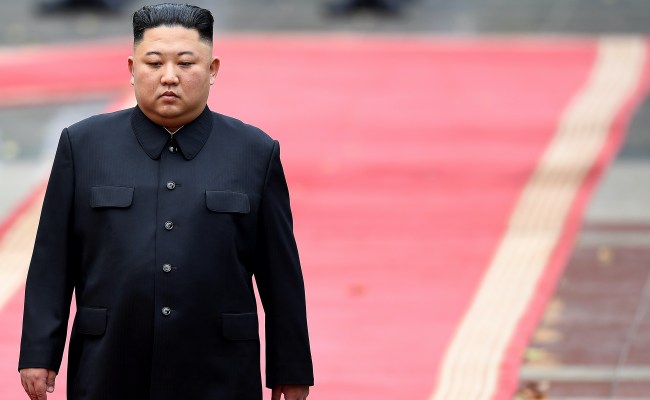 According to Chinese and Japanese news outlets, North Korean Dictator Kim Jong-un “has reportedly died, or is on his death bed with no hope for recuperation”, TMZ reports.

While specifics are not yet available, reports indicate that Kim Jong-un reportedly died due to complications from heart surgery. Kim Jong-un first became dictator of North Korea in 2011 following the death of his father Kim Jong-il, who held the position from July 1994 until December 2011.

In addition to the TMZ, Laura Bassett — a politics columnist at GQ Magazine — reports that the 36-year-old North Korean dictator is “at least brain dead, possibly dead”, which sets up his sister, 31-year-old Kim Yo Jong, to become the first-ever female leader of the Democratic People’s Republic of Korea. [Editor’s note: Bassett has since deleted her tweet]

North Korea’s Supreme Leader/dictator Kim Jong-un has reportedly died, or is on his death bed with no hope for recuperation — according to media outlets in China and Japan.

The woman put the report on a social media app called Weibo for her nearly 15 million followers to read, citing a “very solid source” about the claim Kim had, in fact, perished. A Japanese magazine reports he’s in a “vegetative state” after a heart surgery gone wrong.

The outlet reports — citing a Chinese medical expert privy to the situation — that Kim had clutched his chest in early April and fell down while visiting the countryside there. He needed a stent procedure done, but apparently … it either wasn’t done rapidly enough, or it was botched completely by the surgeon — with some reports saying he had shaky hands. [via TMZ]

In June 2018, Jong-un became the first North Korean leader to meet with a sitting United States President when he and Donald Trump met for a summit in Singapore.

Jong-un’s dictatorship was also notable to Americans due to the death of University of Virginia student Otto Warmbier, who returned to the United States in a vegetative state after spending 17 months in North Korean captivity.

Warmbier, just 22-years-old at the time of his death, was accused of attempting to steal a propaganda poster from his hotel and was sentenced to 15 years imprisonment and hard labor. He returned to Cincinnati, Ohio on June 13, 2017, before tragically passing away six days later.