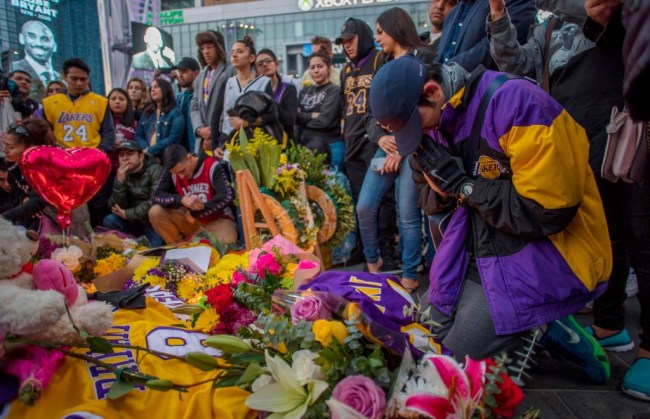 Kobe Bryant’s helicopter that crashed and killed nine people, was just 12 seconds from clearing thick fog, according to a new report by federal investigators.

An 11-page preliminary report by the National Transportation Safety Board (NTSB) on the tragic helicopter crash was released on Friday, 12 days after the tragic death of Kobe Bryant and eight others.

The NTSB investigation on the deadly January 26 accident found that helicopter pilot Ara Zobayan was only 100 feet or just 12 seconds away from exiting heavy cloud cover. The cloud cover prevented the pilot from seeing that he was extremely close to a Calabasas hillside.

The pilot elevated the aircraft to about 2,300 feet above sea level, then banked the Sikorsky S-76B helicopter to the left. The helicopter colliding into the Santa Monica Mountains.

Extremely limited visibility is believed to be the cause of the crash. The NTSB said the pilot was navigating visually, not by instrument guidance. Witnesses who saw the crash from a bike trail said the hills were engulfed in fog.

At around 9:21 a.m. PT, the pilot asked air traffic control for special visual flight rules (SVFR) clearance, which gives pilots permission to fly in weather conditions that are worse than those allowed for regular visual flight rules.

The NTSB’s examination of the main and tail rotor assemblies found damage “consistent with powered rotation at the time of impact.”

“If you exit the bottom of the clouds at 4,000 feet per minute at that high speed, you’ve certainly lost control of the aircraft,” said air safety consultant Kipp Lau. “Once you break out of the clouds it’s clear. Everything lines up with the body.”

The NTSB found no evidence that the helicopter’s two engines suffered from “catastrophic internal failure” or that any of the aircraft experienced any mechanical issues.

“The entire fuselage/cabin and both engines were subjected to a post-crash fire,” the report said.

On that fateful Sunday morning, Kobe Bryant was flying to a youth basketball tournament at the Mamba Sports Academy in Thousand Oaks, a suburb in northern Los Angeles. Kobe was going to coach his daughter’s basketball team, the Lady Mambas. The helicopter took off from Orange County, California, and was flying at an altitude of 700 to 800 feet above sea level during the flight, according to the NTSB.

The NTSB said they are “confident” they will determine the exact cause of the crash. “Our investigators have already developed a substantial amount of evidence about the circumstances of this tragic crash,” NTSB Chairman Robert L. Sumwalt said. Their final report will be published in 12 to 18 months.