The Raiders Are Going To Have A Literal Party In The End Zone, Allegiant Stadium To Feature Nightclub With Bottle Service 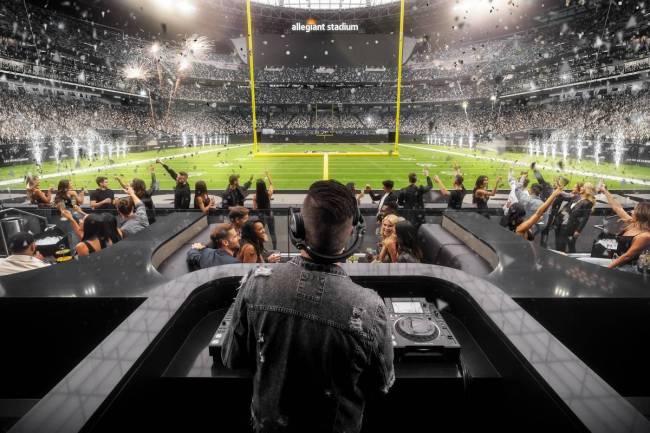 It’s finally happening. The Raiders are going full-blown Las Vegas. With fans expected to be in attendance this fall after a year with empty seats, Allegiant Stadium is taking The Strip indoors and it looks pretty awesome.

Spanning nearly 11,000 square feet across the entire north end zone, the Wynn Casino Field Club will be a part of the game day experience. Equipped with bottle service and two DJ booths, fans can enjoy nightclub-style seating just feet from the goalpost. Think Lambeau Field, but turn that thought upside down and imagine the opposite.

Allegiant Stadium, outside of looking like a Roomba, is already one of the most incredible sporting venues in the world. It’s brand new and fits the sleek, shiny, luxurious feel that comes with Las Vegas. The free-flowing design of the club compliments that architectural style of Allegiant, and the Raiders as a whole. It’s equipped with 42 televisions, a 9-foot-by-35-foot LED screen, and a 45,000-watt sound system.

Not only will the music be bumping, but those spinning the records will include some of Wynn Nightlife’s legendary roster of world-class DJs. So it’s not improbable to think that The Chainsmokers, Diplo, Alesso, or DJ Diesel (aka Shaquille O’Neal) could get up there in pregame or postgame to keep the party rolling.

The 29 booths in the club can fit an occupancy up to 719 people, which is not an insignificant number by any stretch. Food service will be available and there will be four bars to choose from when you don’t want a $1,200 bottle of Patrón to be delivered to your table. 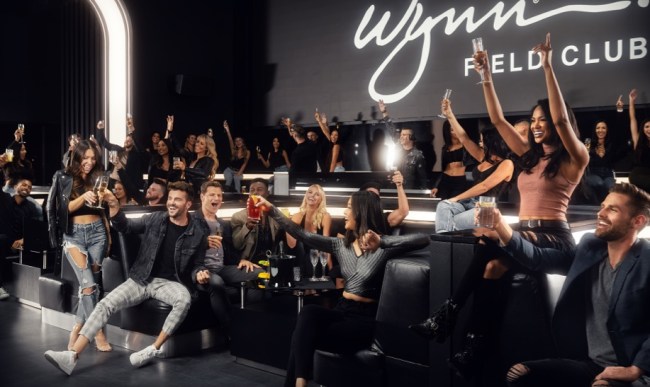 While it was undeniably disappointing to see the Oakland Raiders faithful lose their team to the Entertainment Capital of the World, the rebranded organization is doing everything right. Much like the Golden Knights, a big portion of the fans in attendance will be visitors who are traveling into Vegas for the weekend. Thus, keeping the experience as authentic as possible is key and the nightclub is a cool touch.

We can only hope that there is some sort of Lambeau leap-style club celebration coming next season. Even though the No Fun League won’t allow it.

Now that the stadium has a club, surely slot machines and Elvis impersonators will be next?