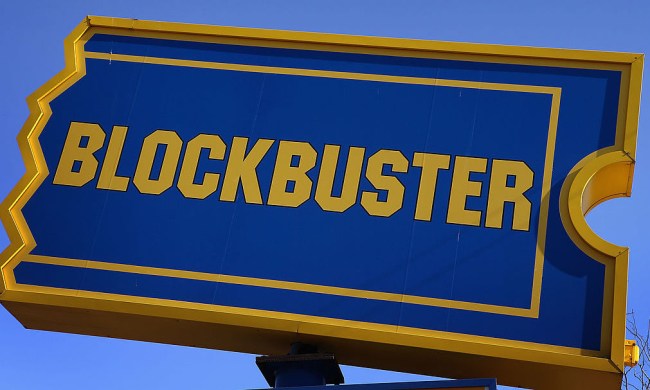 Netflix founder Reed Hastings has repeatedly cited a $40 late fee Blockbuster hit him with for failing to return the copy of Apollo 13 he rented in a timely manner as motivation for starting the company that would eventually play a key role in the video store’s downfall. By the time the new millennium rolled around, 300,000 people had subscribed to the DVD rental service but it was still struggling to stay afloat, and as a result, Hastings reached out to Blockbuster to give them the chance to acquire Netflix for a price tag of $50 million.

The company would ultimately decline to take him up on that offer, and a decade later, it found itself delisted from the New York Stock Exchange and filing for bankruptcy within the span of a couple of months thanks to the impressive manner in which Netflix had managed to disrupt the rental industry.

There were 9,000 Blockbuster locations around the world when the company was at its peak, but after shutting down all of its corporate-owned stores in 2014, only 51 franchises remained. In January of that year, the company’s Twitter account also went dark after sending one last tweet advertising a fire sale on its liquidated stock.

Last chance! BLOCKBUSTER stores close at 5 pm today! Discounts up to 90%! Get DVDs and Blu-rays for 99¢! http://t.co/OMKNh7z0Gx

If you were suddenly overcome with the sense there had been a disturbance in the universe on Tuesday morning, Blockbuster may have been to blame, as that account saw some new activity for the first time in over six years.

As you’d expect, this development generated a ton of the hallowed Engagement the company can’t really benefit from, and while most of the replies were variations of the same easy joke about late fees, there were a few pretty entertaining reactions.

Do I smell a comeback? pic.twitter.com/7lCbiB090Y

I don’t think they’re exactly coming back, but the sentiment is nice.

It took you this long to remember ur password guys?

That one is my favorite, but this next one is just mean.

The past is the past, don’t rub it in. Just give us some honesty like this guy.

I have something to get off my chest. I worked for you in high school and would hook up all my friends with free rentals and candy. I feel really bad about it and have blamed myself for your downfall ever since.

There is currently a single Blockbuster in existence located in Bend, Oregon—which has no affiliation with the phenomenal parody account providing a bleak behind-the-scenes look at what it’s like to be the last one operating—and it turns out the tweet in question was related to a new listing on Airbnb that will give you the chance to have a 90s-themed sleepover at the lone survivor for the price of a rental back in the day.

…cause the last BLOCKBUSTER in the world will be offering movie lovers in Bend a 90s themed sleepover for a limited time—only on airbnb. who’s down? 👀https://t.co/dd4yz1UtZP pic.twitter.com/NJEZK2wxeW

On August 17th, you’ll have the chance to book a stay for up to four people on one of three nights in the middle of September, where $4 will grant you the opportunity to browse the shelves to pick what you want to watch while scarfing down classic movie night fare on a beanbag before retiring to a pullout couch.

That sounds like the kind of escape we could all use right now.