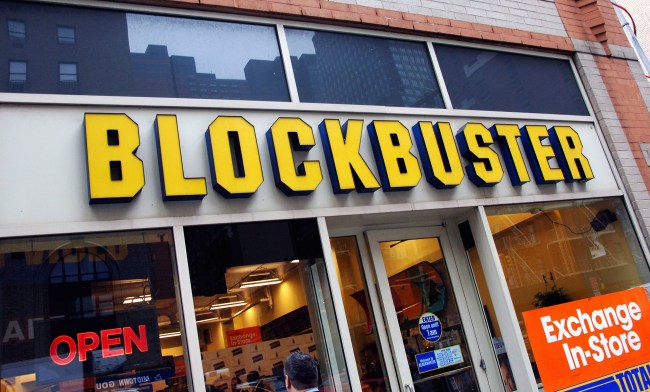 The most recent instance occurred when I discovered the two Blockbuster stores that were somehow still operating in Alaska were closing their doors, as I realized just how different my childhood was from those who can stream anything imaginable on the devices their parents give them at too young of an age.

This development struck a major blow to people in the state who want to be able to rent Shakespeare in Love without having to deal with the constant buffering you sign up for when you decide to live in Alaska.

Blockbuster dropped a nuclear bomb on their foot when they declined to purchase Netflix when they had the chance and turned all of their stores into absolute ghost towns in the process.

As of this writing, there is currently a single Blockbuster store in America tucked away in Bend, Oregon, a town where I assume most people spend their Friday nights browsing the aisles to figure out which one of the Ernest movies they want to watch.

There’s no telling how long it will be until the final store shutters, but if it does, we’ll have the perfect alcoholic beverage to pour out in its memory thanks to a brand new beer made to honor the lone survivor.

We brewed a beer with the last Blockbuster in America. Check it out. #bend #blockbuster https://t.co/aIs6NeG5fP pic.twitter.com/AGi39aGC4W

According to Business Insider, 10 Barrel Brewing used the holdout as the inspiration for “The Last Blockbuster,” a beer made in honor of the store that inspired an entire generation to learn about the importance of kindness in the form of stickers on VHS tapes.

“The Last Blockbuster beer pairs perfectly with buttery theater popcorn and your favorite movie-sized chocolate with a light body, smooth finish and hints of nostalgia.”

The beer will be on tap at a few locations in the area in addition to being served at a block(buster) party on September 21st.