Now That ‘Last Ride’ Is Over, Here Are 5 Other Wrestlers Who Need A Documentary Series 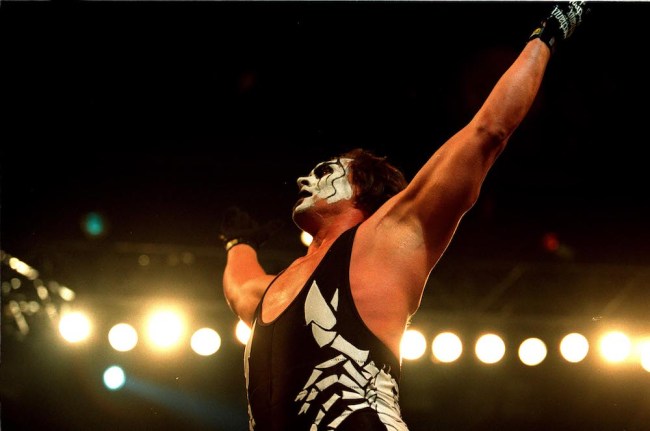 WWE’s “The Last Ride” took the wrestling world by storm earlier this year, serving as a final goodbye to the Undertaker’s storied career. The documentary series effectively was the wrestling version of ESPN’s “The Last Dance.”

WWE has done documentaries on wrestlers before, but what made “The Last Ride” so compelling is the documentary’s subject.

The Undertaker never did interviews, always stayed in character, and was out of the spotlight for long periods of time. You can find wrestlers telling stories about their career or starting fights with each other on twitter all the time, but in a business devoted to kayfabe and the illusion of reality, it’s sometimes hard to find something that feels as honest as “The Last Ride” did.

So with the series over the question is, “who else deserves their own “Last Ride” style doc?’

We had some pretty basic criteria for deciding which wrestlers would work for a series like this:

With that in mind, here are five Wrestlers who deserve their own “The Last Ride” style series:

The man they call Sting, has always been considered the WCW analog of the Undertaker. Both wrestlers are enigmatic characters, who were the heart and soul of their companies.

While there was hope that two would have a dream match against each other ending in a double retirement back in 2014, a neck injury during a match with Seth Rollins effectively ended Stinger’s career.

A Sting “Last Ride” series would serve as a way to make things right and give the Icon the end to a career he deserves. Sting spent the first 30 years of his career outside of a WWE ring, so this would really be a great companion piece to Taker’s “The Last Ride”.

Together they would effectively cover North American wrestling in the last 30 years. The series would follow his career through the early days of tagging with the man who went onto become the Ultimate Warrior, James Hellwig, to the early Surfer Sting gimmick, the Crow character and the end of WCW.

Plus, you would get all of the stories about TNA that are really never covered.  There are some rumors that Sting might be making his way to AEW. If that’s the case and he’s able to do one more match, you could build the whole series around that.

You have some really solid choices for opponents in Dusty Rhodes’ son, Cody Rhodes, a performer currently managed by one of Sting’s old rivals, Arn Anderson.

Another option is Darby Allin whose character and look have been compared to a young Sting. Either match would serve as a full circle ending for a guy whose most famous matches were on a TNT wrestling program. 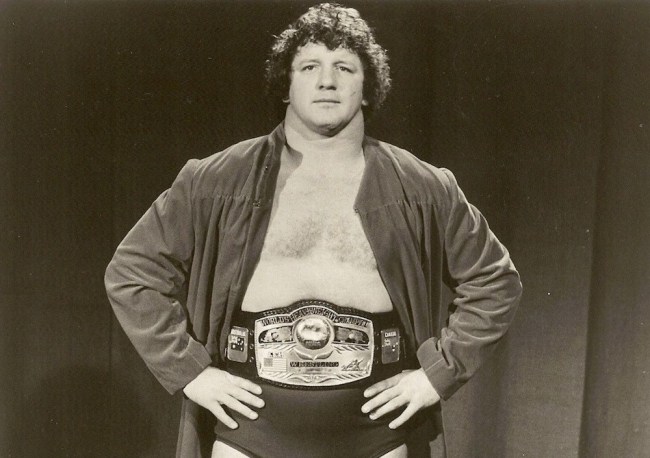 Terry Funk is the ultimate wrestler’s wrestler. Like the Undertaker, Funk has given his body to wrestling. The 76-year-old has seen it all, from old school brawls in the territory days to C4 deathmatches in Japan. There isn’t another wrestler alive whose career drastically shows how the business of professional wrestling evolved from its carny roots to what it is today.

While Funk has worked for WWE on multiple occasions, his career has never been defined by anyone promotion, but instead by his longevity and ability to adapt. Unfortunately because of this, Terry Funk is one of those wrestlers who doesn’t get credit outside of wrestling circles, which is a shame because the man deserves to be an absolute legend based on his body of work.

Funk came from a wrestling family. His father Dory Funk was a wrestler and promoter. His brother, Dory Funk Jr., was the NWA Heavyweight Champion and held the title longer than anyone not named Lou Thesz.

The series would more or less be a wrestling history lesson and could help show the mindset of someone who just can’t quit wrestling. The best thing about a Funk series though would be in between stories of feuds with Jerry “The King” Lawler, Harley Race, Cactus Jack, Abdullah the Butcher, and Bruiser Brody you would get these weird stories that really define how strange the wrestling world can be.

For instance, in his 40s Funk was coerced into recording an absolutely terrible Japanese-only release album with songs written by Jimmy Hart about hating school and loving rock and roll.

While he’s more or less retired, Funk has still come back for a match every now and then. A “Last Ride” style series could cap off the career of the under the radar legend. With his longevity in the business, there’s no shortage of stories and talking heads to speak about the soft-spoken Texan, who’s always let his in-ring work define him.

It’s been a weird couple of months for Rey Mysterio, he’s been thrown off a building and maybe sorta kinda lost an eye in whatever the “Eye for an Eye” match was supposed to be.

Point is, WWE has tried to write off Mysterio a couple of times, but have ultimately decided to bring him back each time. Right now, Rey is in contract negotiations with WWE and by all accounts, he wants to wrestle with his son, Dominik, before retiring. A Mysterio/Dominick tag match would be the center of the series.

Masked wrestlers naturally are an enigmatic bunch, and Mysterio is no different (Rey Mysterio literally translates to mystery king). The series would be unmasking of Lucha libre in a lot of ways, with Rey giving his perspective on both wrestling in Mexico and the United States.

The series would follow Mysterio’s path as one of the wrestlers who helped to bring Lucha libre into mainstream American wrestling. Mysterio started out as Rey Misterio Jr. training with his uncle the original Rey Misterio at age 14, wrestling in Mexico’s AAA before going to WCW and eventually WWE.

With Rey’s diminutive size there’s also a great underdog story about someone who doesn’t fit the typical WWE mold.

The series would not be without tragedy as naturally, Mysterio would have to discuss both his friend Eddie Guerrero’s death as well as the in-ring death of Perro Aguayo Jr.

Ultimately a Mysterio “Last Ride” would allow Mysterio to give his son a much-needed push and end his career on a high note. We might even be treated to Mysterio unmasking as a symbolic exit from in-ring action.

Kurt Angle is a bona fide Olympian who won a gold medal with a “broken freakin’ neck.”

After Kurt Angle’s last run in the company, it’s easy to forget that the man John Cena called “the most gifted all-around performer we have ever had step into a ring” has hit rock bottom more than once or twice during his career, with addictions to painkillers and alcohol plaguing his career. Back in 2006, Vince McMahon reportedly released Angle because he thought he might die if he kept up with his lifestyle.

A Kurt Angle last ride would cover his Olympic years, and of course his time in WWE, TNA, and return to WWE.

But the story isn’t just a career trajectory for someone as naturally talented as Angle, this series isn’t about one more match, but instead Angle getting his life together and coming home to WWE.

There are plenty of stories of Angle backstage as well. He almost joined ECW if it weren’t for a segment where Raven crucified Sandman using a barbed-wire cross which turned him off the idea. 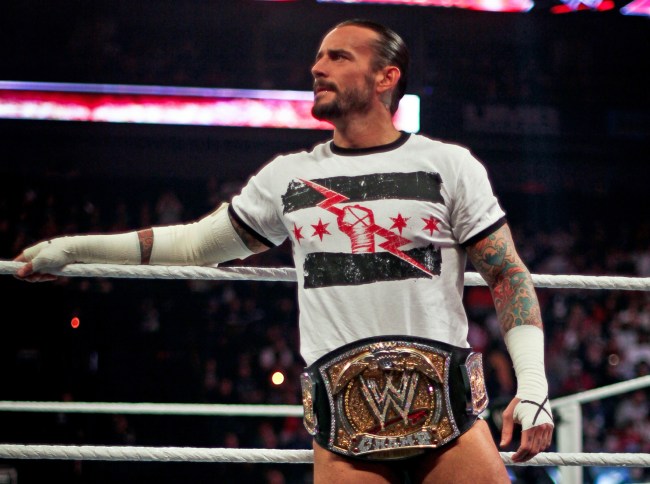 After the 2013 Royal Rumble, CM Punk and WWE had an acrimonious split. In a business known for messy breakups, it was one of the messier, involving a podcast that led to legal issues, petty gestures on both sides, and effectively caused Punk to burn all bridges to wrestling on the way out (including with his former best friend, Colt Cabana).

While Punk, has spent the past few years focused on MMA and competing in UFC, rather unsuccessfully (which to be fair to the now 41-year-old, he was never going to be prepared for), he has softened a bit on his hardline anti-wrestling standpoint and even appeared on Fox’s recently canceled Smackdown pre-show “Talking Smack.”

The premise of a Punk “Last Ride” series would be Punk coming back to pro wrestling for one more match. This one feels like a long shot, but would make for one of wrestling’s biggest comeback stories.

Unlike Taker, CM Punk isn’t quiet, his character is by all accounts, himself, but it’s too good to pass up a story like this. The man who gave us the pipebomb can be inflammatory to a fault, but a documentary might help to give some clearer insight into the last couple of years for one of wrestling’s biggest and most iconoclastic stars.