Lebron Doesn’t Order That Pizza At 10:30PM Before Game Five Like Someone Just Dumped Him 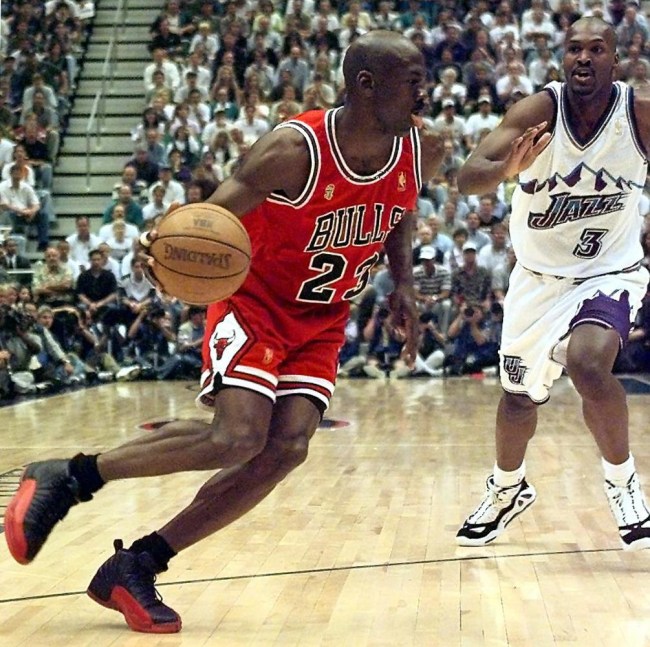 In the penultimate (that words means second to last) episode, we learned the real story behind the famous Flu Game. Jordan found himself hungry in his hotel room at 10:30PM, on the road, inside of 24 hours until the pivotal game five. As anyone who has ever booked a tennis court or a therapy session knows, once you’re within 24 hours, there are no cancellations. That’s probably a big reason why Jordan played. The pizza was delivered by five hulking Italian mormons who peered into Jordan’s hotel room as his security detail paid. Why the security team allowed these five e-coli hosts up to Jordan’s floor, let alone a visual into his room, is beyond me.

But the real issue here is that Jordan—arguably the most disciplined, focused athlete in the history of sport—allowed his stomach and impulse to guide his decision-making at the witching hour on the eve of a massively important game. He ordered what I assume was an XL meat lovers stuffed crust with mushrooms and probably some forlorn, bedraggled jalapeños at 10:30PM. Like a frat boy. Like the CEO of a startup that keeps his team too late. Like a 24-year-old ghostee who thought he was different. Like someone who can’t lose the weight and doesn’t understand why.

We’ve all been hungry at 10:30PM in a hotel somewhere. What do most of us do? We wander to a 7-11 and buy a string cheese, a peach chobani, some Sahali chocolate-covered almonds with the raspberry dusting, and a harmless harvest coconut water. You buy airplane food because it’s too late for a full, carb-heavy meal. I’ve done this dozens of times and I can tell you that you’re not going to get food poisoning from any of those lovingly processed, chlorinated treats. Would my mouth have preferred a pizza? You bet. But I held firm because a pizza is like three twenty-minute Pelotons of calories. And also, I know that inhaling carbs and grease at that hour sends your blood sugar spiking and crashing, ruining your sleep as your arteries groan and clog with mozzarella.

Simply put, I care too much about playing with my grandchildren to eat that late.

You know who else doesn’t order pizzas at 10:30PM before a finals performance? Lebron James. I know this because the guy cut sugar out of his diet, cold turkey, for an entire offseason.

Home of Playmakers– At one point, James went nine weeks without sugar, dairy, or carbs to cut off weight during the off-season.

And yes, Lebron invested in Blaze Pizza early on, saying “who doesn’t love pizza?” But when I googled the hours of operation for a handful (just one) Blaze Pizza locations, they all (it) closed before 10PM. That has Lebron written all over it.

And sure, Lebron is famous for eating tacos on Tuesdays. But I guarantee he’s tucking in to those folded fluffpockets far earlier than 10:30. The greats know that anything you eat after 9PM is grazing. Or in Jordan’s case, gorging.

I’m sure the GOAT debate will continue to rage for years to come. But if we learned anything from The Last Dance, it’s that Michael Jordan can’t hold a candle to Lebron’s dietary discipline. And that says a lot more than any number of rings.