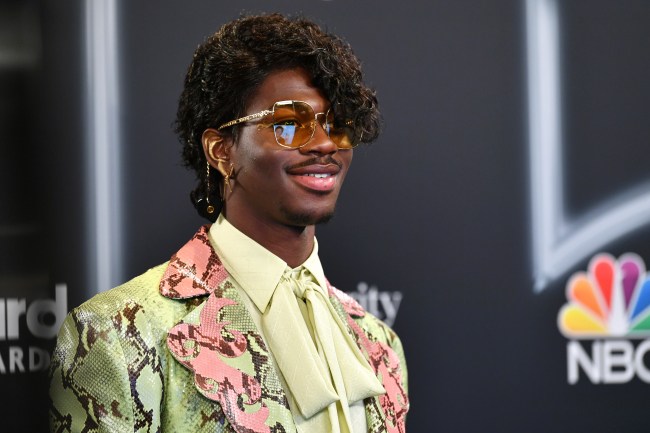 MY FIRST SINGLE IN ALMOST 2 YEARS “HOLIDAY” IS OUT THIS FRIDAY! 🎅🏾❄️ pic.twitter.com/5quf8NHUO2

Remember Lil Nas X’s last song? A little ditty called “Old Town Road” that just happened to set the record for most weeks at the #1 spot on the Billboard Hot 100 EVER? 19 weeks. Still blows my mind. That song was great, I guess. Never really loved it myself. Maybe it was simply played too many times. Saw too many college parties get excited when it came on and felt left out. It beat Bruno Mars’ “Uptown Funk” by five weeks. Smashed it! And that song, to me, is the most universally beloved song I’ve heard. It makes everyone want to dance, regardless of what sort of hip or knee replacements they might need.

Even so, Old Town Road was great—”genre-bending” as the pundits say (whatever the fudge that means). Now Lil Nas X is ready to drop a CHRISTMAS anthem and it feels like this guy is poised for another 10-week run at the top. The world needs a Christmas anthem right now. It’s time for Mariah to ride in the passenger seat for once.

Great trailer, huh? Fun cameo from Michael J Fox. Feels like a mashup between The Santa clause, Back to the Future III, and that Doritos commercial Nas X did with Sam Elliott:

Hey, if you’re wondering how to keep production costs down in the time of COVID, just… reuse the same set. If it ain’t broke, don’t fix it. Here’s hoping “Holiday” is the jam we need right now.