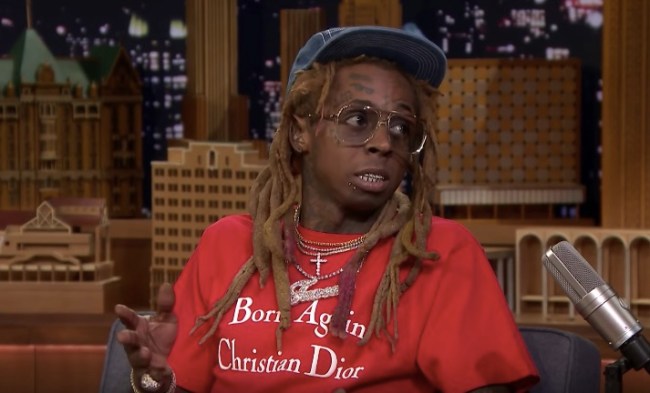 I don’t know if you’ve checked the charts in the past few days but your boy Weezy F aka Lil Tunechi aka Lil Wayne is killing the charts after The Carter V was released on Wayne’s birthday last week.

Life is GOOD now that Weezy F. is back in the game after FINALLY being able to drop The Carter V. This came to fruition after a long-running legal dispute with Birdman and Cash Money Records was finally settled.

The early reactions to The Carter V last Friday had fans claiming ‘Mona Lisa’ with Kendrick Lamar was one of the best Hip-Hop songs ever released and the hype has only grown from there. The album is amazing from start to finish. Lil Wayne is widely considered to be one of the all-time ‘greats’ in the rap game and The Carter V is a testament to that.

Appearing as a guest last night on The Tonight Show Starring Jimmy Fallon, Lil Wayne talked about what took so long to get The Carter V released. He touched on being a true artist and what that means for releasing his music.

Tunechi talked about how he came to love skateboarding even though nobody in his neighborhood was into it, and how that’s an outlet for him to help channel focus into all aspects of his life. He also said he doesn’t write. He just goes into the studio and lets it fly.

It’s just great to see him back out there being himself, isn’t it? After that interview, Weezy F performed ‘Dedicate’ for the live studio audience (video below).

If you’ve never had the chance to go see one of these live tapings of Fallon or Kimmel or any of the late-night talk shows I HIGHLY recommend doing so. Over the years I’ve been able to catch Letterman when he was still on TV, an episode of Jimmy Fallon’s show on Halloween, and a taping of The Colbert Report when it was still on Comedy Central.

Getting to see performances like this up close is just such a cool experience, and it’s completely free. You just need to check their websites for ticket releases and on the day of the show you get tickets for you have to stand in line for a while but it’s really that long and it’s 100% worth it.