Video Shows Lil Xan Pulling A Gun On Man During Argument Over Tupac Being ‘Boring,’ Now Police Are Getting Involved 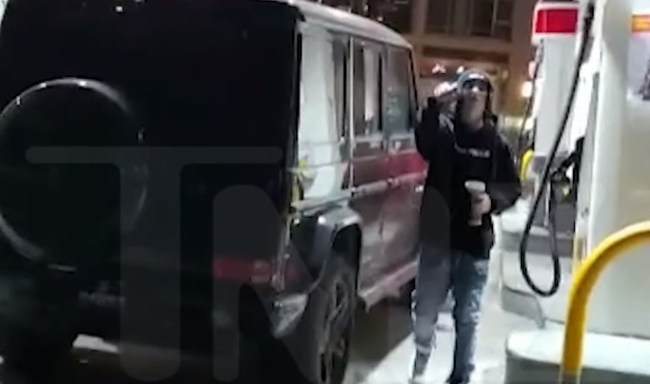 Lil Xan pulled a gun on a man over a dispute over comments the rapper made more than a year ago where he called Tupac “boring.” Seems like something you ought to draw guns over.

In March of 2018, Lil Xan did an interview with Revolt TV where he said 2pac made “boring music.” That slight against Tupac Shakur did not sit well with hip-hop fans.

Say what you want to say about Tupac, but he was never rushed to the hospital because he ate too many Flamin’ Hot Cheetos like Lil Xan was last year.

It went over so badly that Waka Flocka said Lil Xan was “banned from hip-hop.”

The diss of Pac was taken so seriously that even more than a year later people are still going after Lil Xan for his remarks about the legendary ’90s rapper. On Friday night, a man approached Lil Xan at a 7-Eleven gas station in Los Angeles to take up umbrage over the dig at Tupac, which he saw as disrespect. The man asked Lil Xan why he “talked sh*t” about Tupac last year.

The situation got so heated that Lil Xan, whose birth name is Nicholas Diego Leanos, pulled a gun on the man and dropped the N-word at the man. The incident had to be defused by Lil Xan’s girlfriend Annie Smith. The 22-year-old Lil Xan then retreated to his Mercedes-Benz G-Wagon and they drove away.

The man involved in the incident filed a police report and the video was posted to the internet. Now LAPD detectives are investigating the situation.

Lil Xan posted the video on his own Instagram with the caption: “Idc what y’all say, there is nothing wrong with defending yourself. Anyone who hates is a hypocrite.”

The real crime here is that Lil Xan is still holding his gun sideways, which is definitely not the way to accurately shoot a handgun. It’s not even Lil Xan’s birthday, so he really shouldn’t hold his gun sideways.

"Hey Chief, can I hold my gun sideways? It looks so cool."
"Haha sure. Whatever you want, birthday boy." pic.twitter.com/gzj50j4cTW