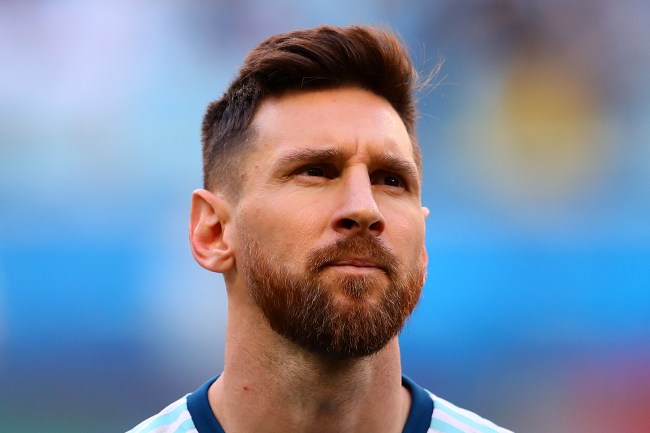 Does the name Roman Burtsev ring a bell?

How about the name Leonardo DiCaprio?

What if I told you that one man had the option to adopt the life of a multi-millionaire sex symbol solely based on a resemblance? No right-minded person would hold that against him. Roman Burtsev, a 36-year-old Russian security guard, was blessed with that escape and given the moniker “bootleg Leo” for his somewhat vague resemblance to the actor. It has opened acting doors for him in Russia, allowed in his star in vodka commercials, and attracted droves of beautiful women.

Now, an Iranian man who looks almost identical to Lionel Messi has had to deny that he his likeness to the soccer legend to con 23 women into having sex with him after reports on social media claim that he is being sued for his alleged deceptiveness.

Reza Parastesh, a 26-year-old who labels himself the “Iranian Messi” on social media, rose to fame when his father asked him to pose in Messi’s Barcelona shirt for a photo that went viral two years ago. Since then, Parastesh has amassed an Instagram following of 708,000.

The dude is treated like a God in the streets.

But, as the news reports began to circulate about him conning women into sex, the Messi doppelganger posted a video to Instagram denouncing the allegations.

“Hi friends, a piece of false news about me is trending on social media with regards to me sleeping with 23 women because they thought I was Lionel Messi. Please do not play with people’s reputation and credibility,” he said.

“We are all aware of the fact that if it actually happened to anyone, there would be some complaints and it would lead to my prosecution. That would be a disaster and a calamity of international proportion. If this news was true, I would be in jail right now.

“Do not believe it, it is not true. I am going to do everything to fight this legally and make sure my name is cleared.”

“The news is spreading in the Muslim countries and it has been a disaster,” Parastesh added. “I was severely harassed because it released the whole world on me. My family also harassed me, but the people’s attack was more influential.”

This is starting to get a bit *rips off sunglasses* ….Messi.