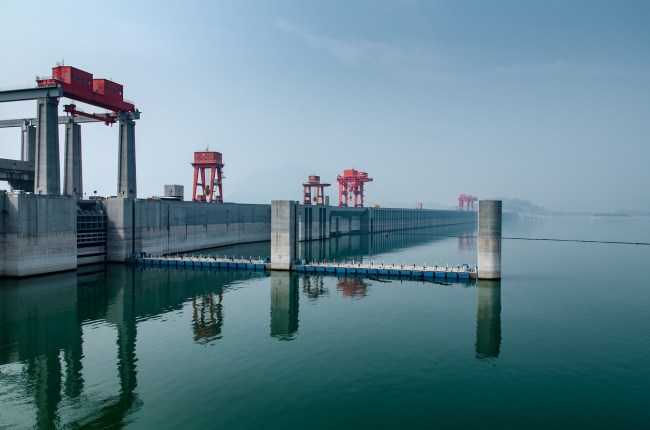 A video went viral this week of a dark, long serpent-like creature seemingly swimming in China’s Yangtse River. Many people believe the water beast is a Loch Ness monster in China. However, new footage has been revealed that the unidentified sea monster probably is not a scary monster and likely not even a living animal.

Earlier this week, a creature was captured on video swimming and slithering in the Yangtse River. Conspiracy theorists believed the animal was China’s version of the Loch Ness Monster.

The creature was spotted near the world’s largest hydro-electric power station, Three Gorges Dam, near the town of Sandouping in Yichang’s Yiling District. They named the creature the “Three Gorges Water Monster.” The viral video racked up millions of views on China’s Sina Weibo social media site.

Some scientists theorized that the animal could be a giant water snake or eel swimming in the longest river in Asia. Many believed that the Loch Ness of China could be a Burmese python. This made sense since they are one of the largest species of snake and can grow as large as 18.8-feet long. Plus these ginormous snakes are superb swimmers and are found in Southern China, where the sighting was made.

However, this modern-day Nessie might not be a monster at all. It might not even be alive. New footage from the river displayed a long piece of rubber. The hose-like object was likely from a ship in the river or a shipyard in the area that detached and could be a 65-foot-long industrial airbag.

A new video shows workers removing a long, dark rubber hose off the rocks in the Yangtze River.

Water #MONSTERS in the Three Gorges? Netizens speculated that the giant mysterious creature might be a fish or a big snake. Experts believe it is unlike living animals, more like floating objects. https://t.co/CGGrfWzckI pic.twitter.com/RCdbaDAvv9

China's 'Loch Ness monster' is actually a lot of hot air(bag). Video of the long, dark, serpent-like shape sparked wild speculation that it was a mystery creature from the deep or a huge snake.https://t.co/Ui3vCk5sj6

So it appears that there is no Loch Ness Monster in China after all. But cheer up cryptozoologists, there’s always UFOs, aliens, Area 51 and Bigfoot.