Loch Ness Monster Spotted And Described By Film Crew: It Was ‘At Least 15 Foot Long’ 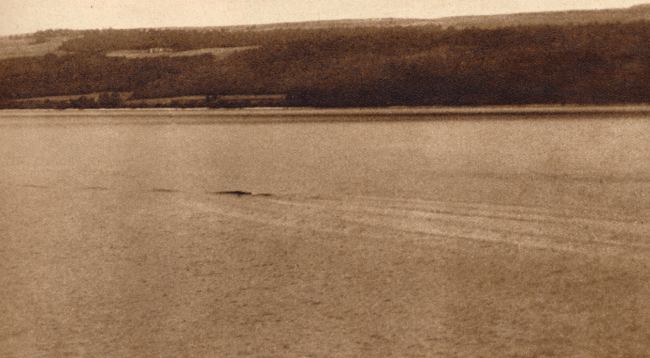 Two members of a film crew making a documentary about the Loch Ness Monster were driving in the area when they spotted what they believe was the creature moving in the water.

Warren Speed and Jamie Huntley were able to describe what they saw and even sketched a picture, but unfortunately were unable to capture the Loch Ness Monster on camera before it disappeared back into the water.

In a report filed with the Official Loch Ness Monster Sightings Register, they explained their encounter.

“Driving down road past Boleskine cemetery myself as passenger in vehicle, I looked towards cemetery and then large object/creature in the loch caught my eye at first I thought was a big boulder or something as first time to the area I don’t know the layout I said to my friend driving, ‘what’s that it’s huge!'” said Huntley.

“I could see movement and the water breaking against it so told friend to stop the car where the car stopped trees obscured the view so he reversed and the object/creature was fully gone I had phone out and took pictures of the ripple in water expanding from point the object/creature disappeared down.”

“The object/creature was reflecting the water so looked wet, almost like a whale skin crossed with a fish skin it was dark in colour darker than the water surrounding it, there were dark grey’s, black, browns in colour, it almost looked like how a whale hump might look breaking the surface minus the fin, there was a definite movement but didn’t see too much of the movement before trees obscured it, it was a very big size at least 15 foot long, maybe bigger, around the middle of the loch.

“There was a small speedboat that came up the loch after my sighting but wasn’t anywhere near the spot I seen the object/creature but wouldn’t be surprised if they had seen it too in the distance as they started circling around the area, using their speedboat as a reference it was much larger than the boat, as an estimate I’d say the object was around 7 foot height out of the water.”

While this is the first “official” Loch Ness Monster sighting of 2022, long time Nessie Hunter Eoin O’Faodhagain recorded two videos of “something unexplained captured through the Loch Ness Webcam” back in March.

This was the 15th time since 2017 that O’Faodhagain has claimed to have spotted the creature and the first reported Loch Ness Monster sighting since last October.