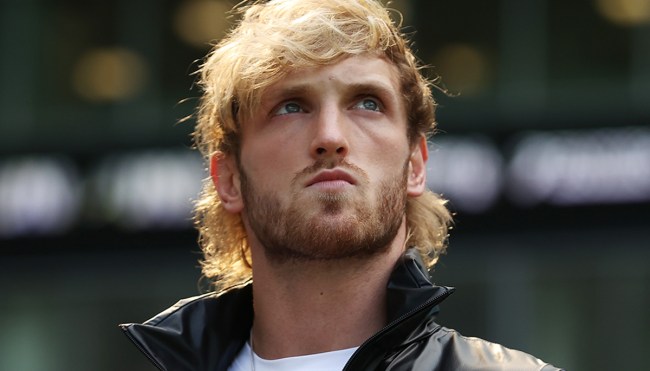 Anyone who’s been keeping an eye on Logan Paul’s professional boxing career knows the man is no slouch when it comes to his ability to rustle some jimmies, a craft that he spent years honing after rising to fame on Vine before becoming a wildly successful YouTube sensation.

The elder Paul Brother was never a stranger to controversy, but he managed to outdo himself by closing out 2017 with a bang when he uploaded a video on New Year’s Eve documenting his trip to a “suicide forest” in Japan—complete with a shot of a corpse he found hanging from a tree.

Paul eventually deleted the video and embarked on an apology tour around a month before he had his account temporarily suspended after uploading a clip of himself using a Taser on a dead rat.

The internet celebrity has largely been able to put the incident behind him, but the fallout it caused had repercussions he’s still feeling to this day—including the impact it had on his relationship with one of the most famous people on the planet.

During a recent appearance on the True Geordie Podcast, Paul said Dwayne Johnson was one of the many people who objected to the suicide forest video and revealed he received a pretty brutal request via his publicist as a result.

Here’s what he had to say via TMZ:

“After Japan happened, I obviously found myself in a hole—rightfully so—that I had never been in before. Extremely low, mentally, and I got a call from my publicist, who also repped Dwayne ‘The Rock’ Johnson.

She’s like ‘Hey, Dwayne has asked that you remove every video and picture that you’ve done with him. Maybe in the future, the relationship can be reconciled, but for now, he basically wants nothing to do with you.’ Which I also understood.

I get it. I made a grotesque error. He has had things happen in his life where that incident has affected him in a vastly different way.”

That last line was a reference to Johnson’s personal experience with his mother, who he saved from a suicide attempt when he was 15. Paul says the actor has reached out to him since then via an Instagram DM, but he declined to respond.