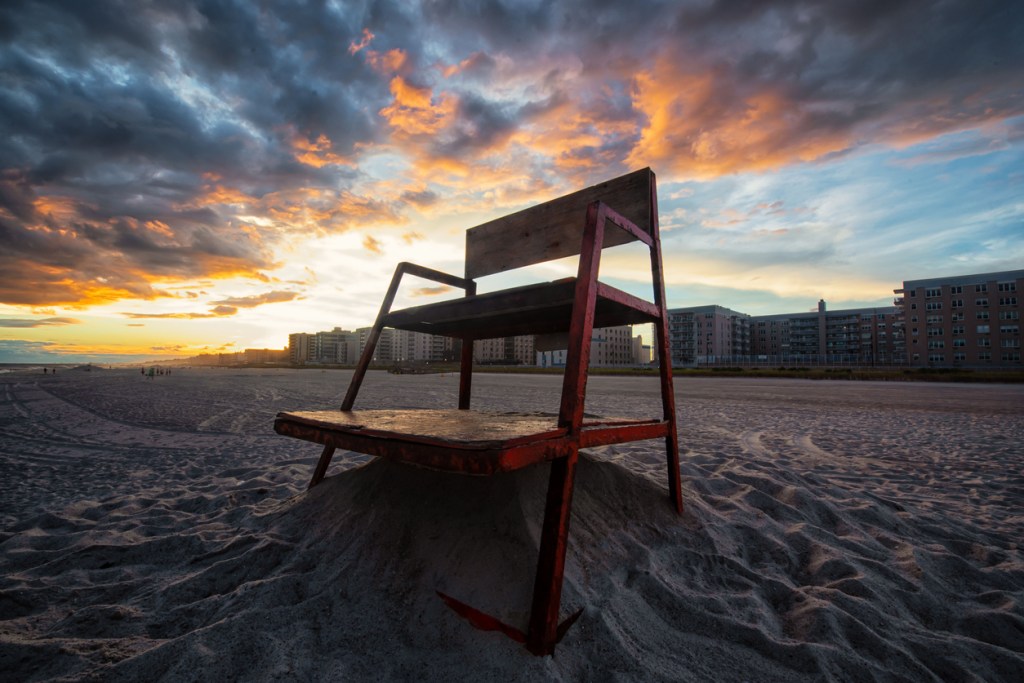 A Long Island-based lifeguard by the name of Zach Gallo recently survived a harrowing shark attack by fighting back and punching the shark. He was recently treading water in ‘chin-deep water’ when the shark latched onto him and his fight or flight instinct took over and he not only fought the shark off but he ensured all of the other lifeguards got out of the water immediately.

A reporter from the Post caught up with the Smith Point Beach lifeguard to discuss surviving the shark attack. He’s thankful to have received nearly instant EMS treatment for his injuries. And after punching the shark in the face he was able to alert his fellow lifeguards to get out of the water immediately with both blood in the water and a shark nearby.

He says he initially felt a ‘sharp pinch’ on his hand while he was treading water.

Zach Gallo: “That’s when I pulled it to my chest, and survival instinct kicked in. I ripped back and just started hammer-punching, and I felt the rubber texture of the head. It felt like the size of a basketball. I just ‘boom, boom, boomed,’ and on the third connect, the shark flipped.

When asked if this would change his mind about being a lifeguard or swimming in the same water as sharks, Gallo told the Post “we are visitors in their world. This was just a curious animal. I have to be out of work for 10 days, but I’m looking forward to getting back into the water.”

Calling this a ‘shark attack’ almost feels like a misnomer because as he states himself, the shark wasn’t out to find a person to chew on. It was almost certainly just a situation of being in the wrong place at the wrong time and a nibble out of curiosity.

I can’t help but think of Leonardo DeCaprio in The Beach when I read these quotes from Long Island lifeguard Zach Gallo:

It isn’t known what species of shark latched onto his hand in this Long Island attack.