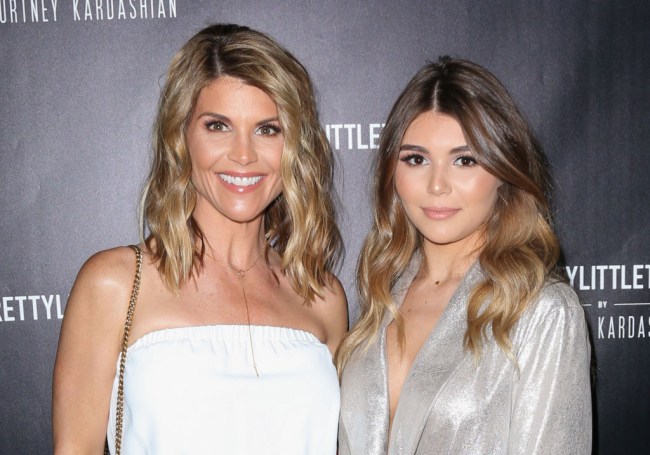 Lori Loughlin and her husband Mossimo Giannulli don’t go back to federal court for several months over their involvement in the nationwide college admissions cheating scandal. But now another legal drama is unfolding regarding their alleged unscrupulous efforts to get their daughters into USC.

Besides their legal fight against federal authorities, Full House star and her fashion designer husband might also be facing litigation from the University of Southern California. On Thursday evening, the Los Angeles Times reported that Loughlin and Giannulli could be sued by USC, but also leaves the door open that Olivia Jade Giannulli‘s parents could also sue USC. Confused yet? Let’s explain.

Lawyers for the celebrity couple filed a letter in federal court on May 6th. The letter warns that the legal team for the couple “anticipates possible legal disputes with the couple over their alleged role in the college admissions scandal,” according to the L.A. Times. The letter said: “It is possible that USC may have civil disputes with one or both sometime in the future.”

However, the letter is extremely vague and does not explicitly state whether the University of Southern California is bringing a civil lawsuit against Loughlin and/or Giannulli, or if the couple are going to sue the university.

Attorneys for the couple have called the possibility of a civil lawsuit “completely speculative” at this juncture. USC did not provide a comment on the letter or possible litigation with the couple.

Since the college bribery scandal broke, employees of USC who were involved with the college cheating scam have been fired. Donna Heinel, former senior associate athletic director at USC, was terminated after she was charged with conspiracy to commit racketeering. After pleading not guilty to federal charges, Heinel’s hearing is scheduled for August 2019. Heinel faces up to 20 years in prison if she is convicted for conspiring to accept bribe payments.

Laura Janke, a former assistant women’s soccer coach at USC, was also fired after pleading guilty to conspiracy to commit racketeering. The 36-year-old Janke helped one of Loughlin and Giannulli‘s daughters get into USC by creating a fake rowing profile. She is cooperating with the government in their ongoing investigation and faces up to two years in prison for her role in the college admissions bribery scandal.

Loughlin and Giannulli allegedly paid $500,000 to William “Rick” Singer in order to get their daughters Isabella Rose (20) and Olivia Jade (19) into USC. Singer’s Key Worldwide Foundation allegedly created fake rowing profiles for Olivia Jade and Isabella to get them accepted into USC.

On March 12, 2019, the U.S. Attorney’s Office in Massachusetts announced that 50 parents were busted in the nationwide college cheating scam by the feds in Operation Varsity Blues. Loughlin (54) and Giannulli (55) were both charged with money laundering, conspiracy to commit mail fraud and honest services mail fraud.

There are reports that Loughlin AKA Aunt Bucky is freaking out that the federal court proceedings are taking so long. A source close to Loughlin told People magazine that the actress is “exasperated” over the “excruciating” wait for her next court date.

“People who are not in the legal field often don’t understand how long these things take,” the source says. “Lori and Mossimo are seeing firsthand that court cases move slowly.”

“They’re having to come to terms with the fact that this isn’t going away anytime soon,” the source continued. “This will be over their heads all summer long, and it could still be pending during the holidays. At this point, they have to get used to the new normal.”

The next federal court date for Lori Loughlin and Mossimo Giannulli is on October 2.