Ludacris All But Confirms ‘F9’ Will Bring The Franchise To Outer Space Because What Else Is Left At This Point? 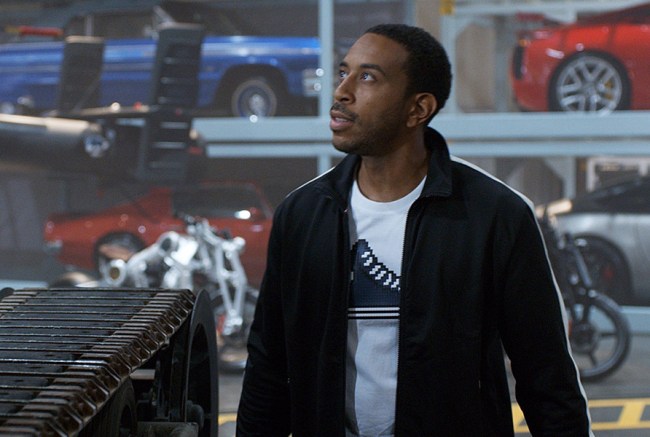 As I slowly near the end of my third decade on the planet, I’ve found there’s been a notable uptick in the number of “Holy Shit I’m So Old” moments that I’ve begun to encounter with more regularity than I’d prefer—one of the more recent of which came courtesy of a video featuring two Youths listening to songs from the first decade of the new millennium who basically hit me with a three-punch combo of Tysonesque blows.

The initial left jab came when I realized it was actually a TikTok video that I found on Twitter because I don’t understand how TikTok works. This was followed up by the right cross of them knowing literally zero of the songs that were impossible to avoid for months on end after they dropped in the 2000s, and the knockout punch was delivered when I realized “Say My Name” was somehow released in 1999.

i’m so tired of the DISRESPECT pic.twitter.com/z5AWGNgiuL

A few minutes ago, I got another crippling reminder of the inevitable passage of time when I went to check what year the first installment of what became the Fast and Furious franchise came out only to discover it will celebrate its 20th anniversary next year.

I don’t know if I’d describe The Fast and the Furious as “good” but I still enjoyed the hell out of it (and if you went into a movie about street racing starring Paul Walker and Vin Diesel expecting a cinematic masterpiece and walked out disappointed, that’s on you). It’s one of those guilty pleasures that knows exactly what it is and never takes itself too seriously, which is why is so impressive that it basically has the gravity of a Lars von Trier film compared to some of the movies it ended up spawning.

The first sequel ramped up the ridiculousness factor a fair amount before Tokyo Drift turned it up to 11, and from that point, it seems like the franchise has been frantically twisting the volume knob in a quest to pack as much as over-the-top absurdity as possible over the course of two or so hours.

What started with a movie about people driving quickly around the streets of Los Angeles somehow led to an eighth installment featuring a climax where Jason Statham steals a nuclear submarine, and after the Fate of the Furious dropped in 2017, you couldn’t help but wonder how it could possibly be topped.

We would’ve gotten the chance to see in May until F9 suffered the fate of basically every other major movie scheduled to come out this year, and as things currently stand, we’re now going to have to wait until April of 2021.

Hollywood has historically had a weird thing for sending franchises into space after they hit around four installments and I kind of figured that was the inevitable endgame for the Fast and Furious movies—and based on what Ludacris said in a recent interview, it sounds like that’s exactly what’s going to happen.

Luda was discussing F9 with Julia Cunningham when she commented on the ever-escalating nature of the movies, saying, “I don’t even know creatively what they could come up with to wow us even though I know they do every time. I’m like, ‘Space has to be involved. Submarine.’ I don’t even know.”

That comment resulted in the rapper-turned-actor responding with, “You just said something very important. I will say that you are very intuitive because you said something right but I’m not going to give it away.”

He might be keeping it a secret, but through my supreme powers of deduction, I’m going to go out on a limb and say he was talking about the space thing when you consider the submarine checkbox has already been ticked and that was literally the only other hypothetical to be floated.

F9 is going to be the dumbest thing ever and I cannot wait for it.