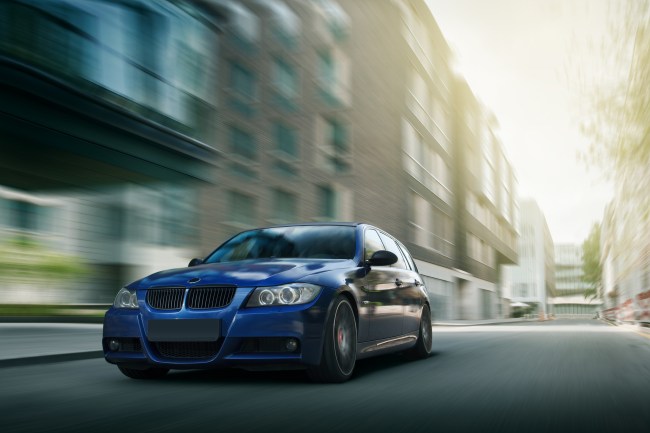 A new study has confirmed what most people already know: there is a strong correlation between the price of a car and that driver’s compassion for the safety of others. What they found was that a driver’s willingness to stop for pedestrians went down considerably as the cost of a car went up. Of course, most of us already knew this but the science below is still illuminating since we now have some concrete evidence.

Generally speaking, I have a problem with broad generalizations. To say that ‘all BMW drivers eat pieces of shit for breakfast like Shooter McGavin’ wouldn’t be true because there are thousands and thousands of perfectly fine BMW drivers on the road. And to claim that everyone driving a truck doesn’t give two shits about anyone else on the road and they’ll happily cut you off and smile while doing it isn’t true either because I’m sure there are some F-150 drivers out there who feel a little bit of remorse every day when they cut people off.

This study found that people, in general, are assholes. Only 28% of drivers are willing to yield to pedestrians in crosswalks. Do I feel a MASSIVE sense of social superiority over the 72% of drivers out there who are complete assholes and don’t stop for pedestrians?? You’re damn right, I do.

Here’s a breakdown of the findings:

The research, published in the March issue of the peer-reviewed Journal of Transport & Health, found only about 28% of drivers yielded to pedestrians in a crosswalk.

The cost of a car was a significant predictor, with the likelihood of a driver yielding going down 3% for every $1,000 increase in the value of the vehicle, the research found.

Given past studies on narcissism in the rich, one easy explanation: Many people who drive more expensive cars just don’t care about the people who are crossing the street. The study cites previous research suggesting people with higher socioeconomic status often struggle with empathy and narcissism.

Maybe wealthy drivers simply “felt a sense of superiority over other road users,” the study theorizes. (via USA Today)

They go on to theorize that it’s possible that more expensive cars have better and more sophisticated safety features and this may lull the drivers into a false sense of security on the road and complacency when it comes to yielding. That’s bullshit. We all know that. It’s probably true in some small percentage of drivers with expensive cars but that’s definitely not the over-arching theme here, it’s privilege.

It’s really not that fucking hard to follow the rules of the road. If you’re a slow driver you yield to faster drivers on the highway. Use your turn signal. Yield to cyclists and pedestrians. Don’t put other drivers in harm’s way. It’s not rocket science and it costs nothing to be a good driver.

Drivers were also found to yield most frequently to women and white people. The study was conducted in the Las Vegas area and it included 461 drivers. I’d need to see the same study replicated in other cities to really buy into these results as fact but I think I speak for everyone everywhere when I say that nobody’s shocked to find that drivers in expensive cars don’t care about other people on the road.

To check out more of the study’s findings you can click here to visit USA Today.