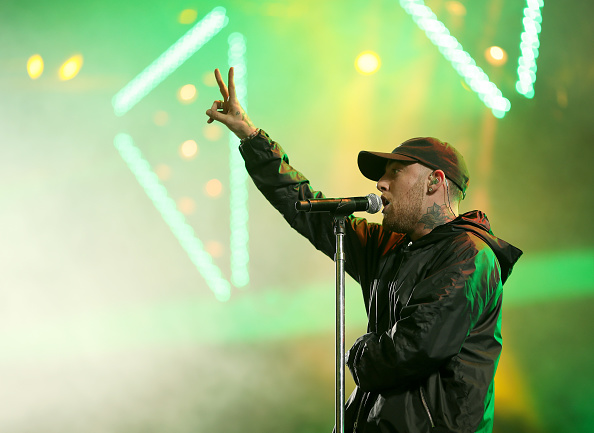 Six days ago, the music world was rocked when Mac Miller tragically died at only 26-years-old. The “Self Care” rapper died of an apparent drug overdose at his home in Los Angeles. A new reports states that Miller had been dead for hours before his body was discovered.

TMZ is reporting that Miller, real name is Malcolm McCormick, was found in the bedroom of his Studio City house where he was not breathing and unresponsive. Law enforcement and paramedics determined that the Pittsburgh rapper had been dead for hours before they arrived at the scene.

Allegedly, friends of Mac were at his house until the early hours of Friday morning on September 7th. The dead body of the Pittsburgh rapper was reportedly found later on Friday around noon.

Journalist Karen Civil was allegedly the first person to find Mac in the home. Reportedly, she was coming over to his house for a photo shoot. The photos are absolutely heartbreaking.

instead of making mac miller’s death all about ariana grande, spread your prayers and love to others who were affected too. this is karen civil who found mac in his house dead. one of the most heartbreaking things I have seen. pic.twitter.com/Ge7HMtkTj9

Law enforcement allegedly only found a small amount of white powder at Miller’s San Fernando Valley home, which sparked a theory that the home may have been “swept clean” of other drugs and/or drug paraphernalia.

Mac Miller’s cause of death has yet to officially be determined. A toxicology test could take weeks or even months according to Los Angeles County coroner’s spokesperson Sarah Ardalani. Coroners have already conducted an autopsy and released the body to the family.

Mac’s grandmother, Marcia Weiss, spoke at a vigil dedicated to Miller at Frick Park in Pittsburgh on Tuesday. “Everybody, he would be so excited, he wished he was here and I wish he was here,” Weiss said. “But he loves you all, he loves Pittsburgh and everything you have done for him. Thank you so much for everybody being here. You were wonderful.”

Mac Miller's grandmother speaks at a vigil held for him at Blue Slide Park.."He loves you all, he loves Pittsburgh and everything you have done for him." pic.twitter.com/XqysxmRr5J